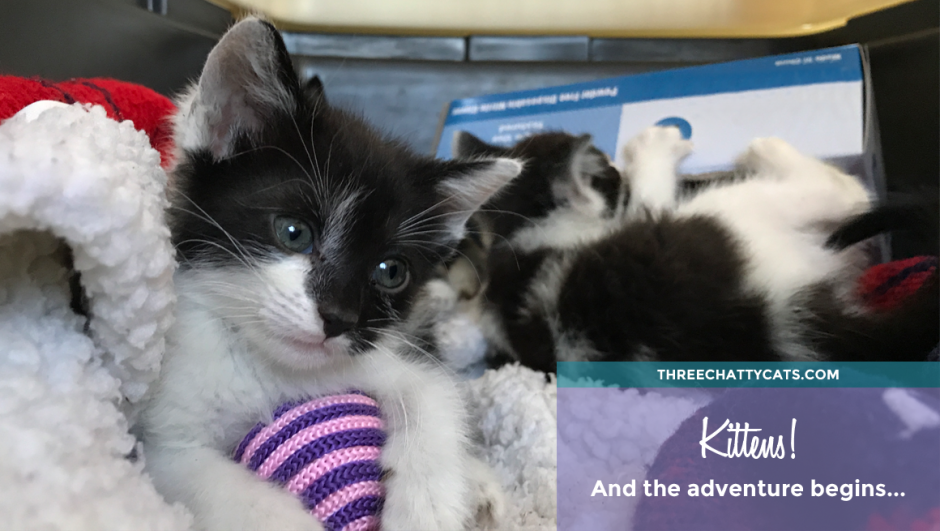 On Saturday this past weekend, our day began at CatConLA (another post on that later), and then we drove up to Best Friends Los Angeles to finalize the adoption of Woodrow. And guess what, we were approved! :-) But of course we couldn’t leave the shelter without bringing home a new foster or two.

We’ve fostered a few adult cats this year (and one older kitten) and finally decided it was time to foster young kittens.

We were given a set of three kittens, new arrivals at the shelter, all black and white babies. They are the E28 crew, all with E names. 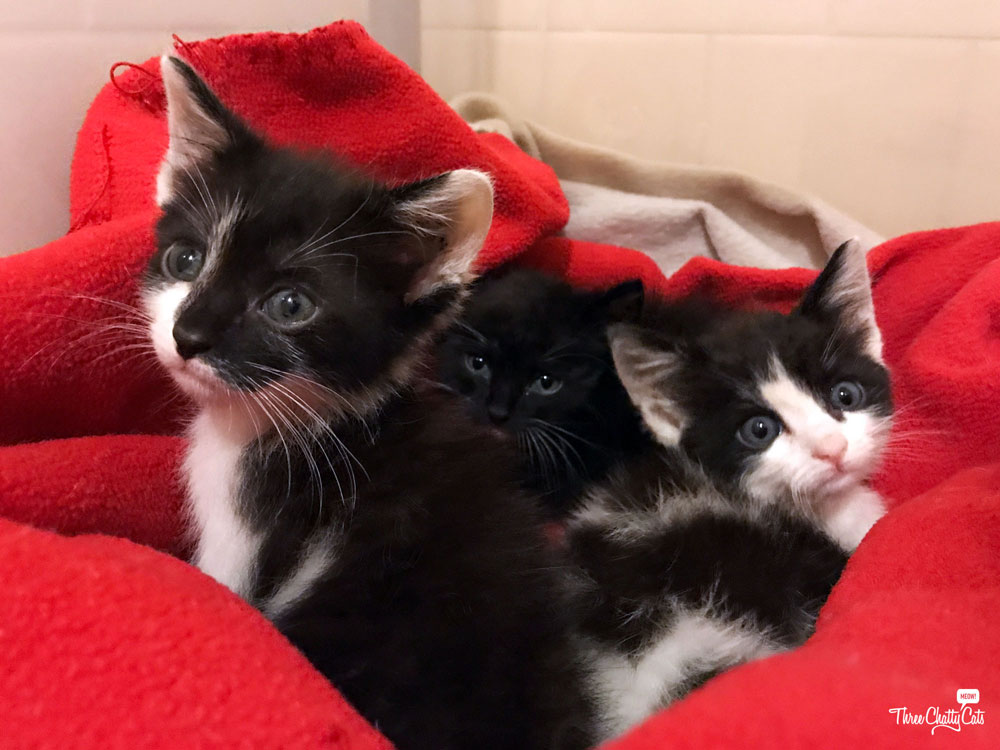 When we got them home that evening, the carrier went straight to the bathroom and we gave them all baths and then spent a couple hours picking fleas off them. Needless to say, they feel much better now.

The two girls are pretty playful, and Ear Muffs tries to keep up. They are estimated to be about four weeks old. So, we will have them for about four weeks until they are big enough for their spay/neuter surgeries and are sent off for adoption!

Many of the Best Friends kittens go to their NKLA Adoption Center in Los Angeles. Our experience so far has been to pick up and return the fosters to the Best Friends location in Mission Hills, which is a shelter and also has cats and kittens (and woofies!) for adoption. Both locations are over an hour away from us, but we find it a little easier to get to the shelter vs. the adoption center. But I do hope to make it there one day to see how nice it is.

We haven’t had a young kitten in the house since we found Olive six years ago. But she was estimated to be eight weeks old at the time, so much bigger than these tykes. Dexter was about this size when we found him seven years ago, weighing just 12 ounces. I’d forgotten how tiny cats start out! :-) 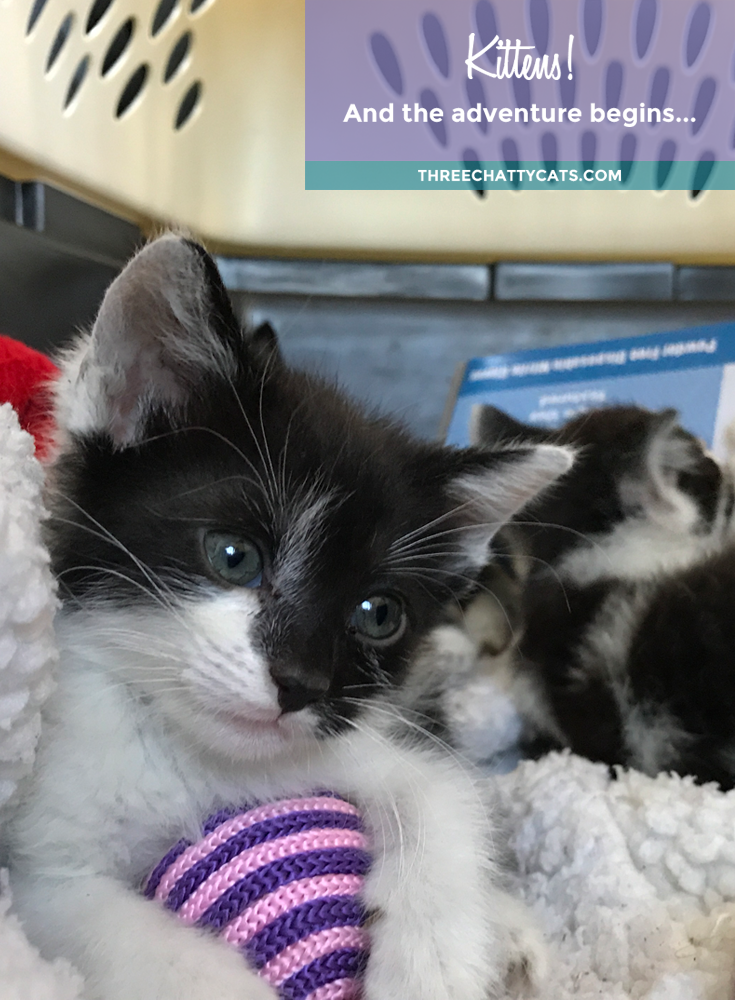 25 thoughts on “Kittens! And the adventure begins…”