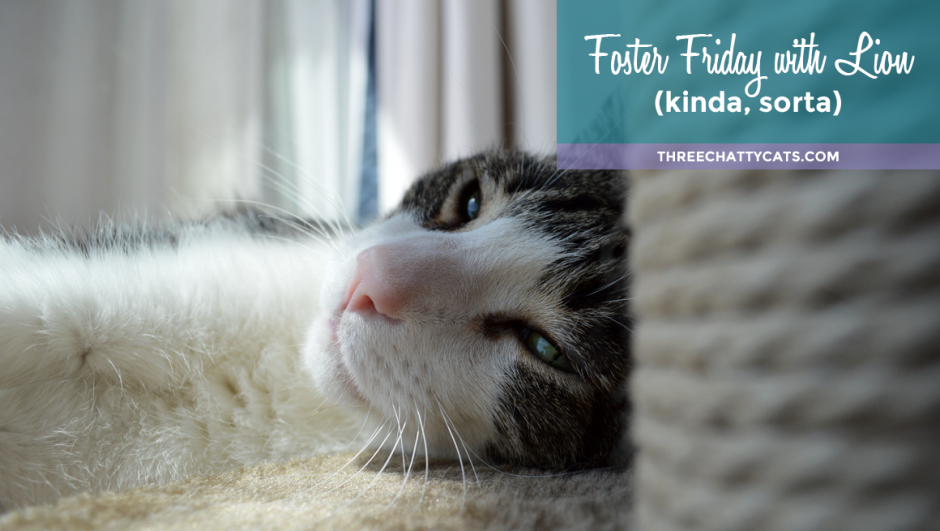 What does “kinda, sorta” mean, you ask? Well, I was kinda, sorta fibbing about today being Foster Friday with Lion. And it’s a two-part fib! Here’s why!

So yes, we still have foster cat Lion right now. But…we’re not letting him go! That’s right! He’s joining the Three Chatty Cats household! We don’t officially adopt him until later this weekend (when we are able to make it back to the shelter), so today is still technically a Foster Friday.

What’s the second sorta fib of “Foster Friday with Lion?” He will no longer be known as Lion. His new name is Woodrow!

While we did call him Lion for a good two weeks or so when we brought him home in June, as soon as we had an inkling that we may keep him, we started thinking of new names. We went through so many, even trying one out for a couple days. But we settled on Woodrow and knew it was him as soon as we said it. And to be honest, I think he likes it. :-)

So, if all goes well this weekend at the shelter, Woodrow should officially be ours. Paws crossed!

I’ll have more on Woodrow later. It hasn’t always been smooth sailing since adding the new furry member to the household, but everyone is doing well overall. And I’d say that Woodrow looks happy about staying here, don’t you think?

Pssst…did you see our video on Facebook of Lion, er, I mean Woodrow and Dexter? Yawning is contagious! And in case you can’t tell them apart yet, Dexter is on the right. (But Dexter will only allow you to make that mistake once.) 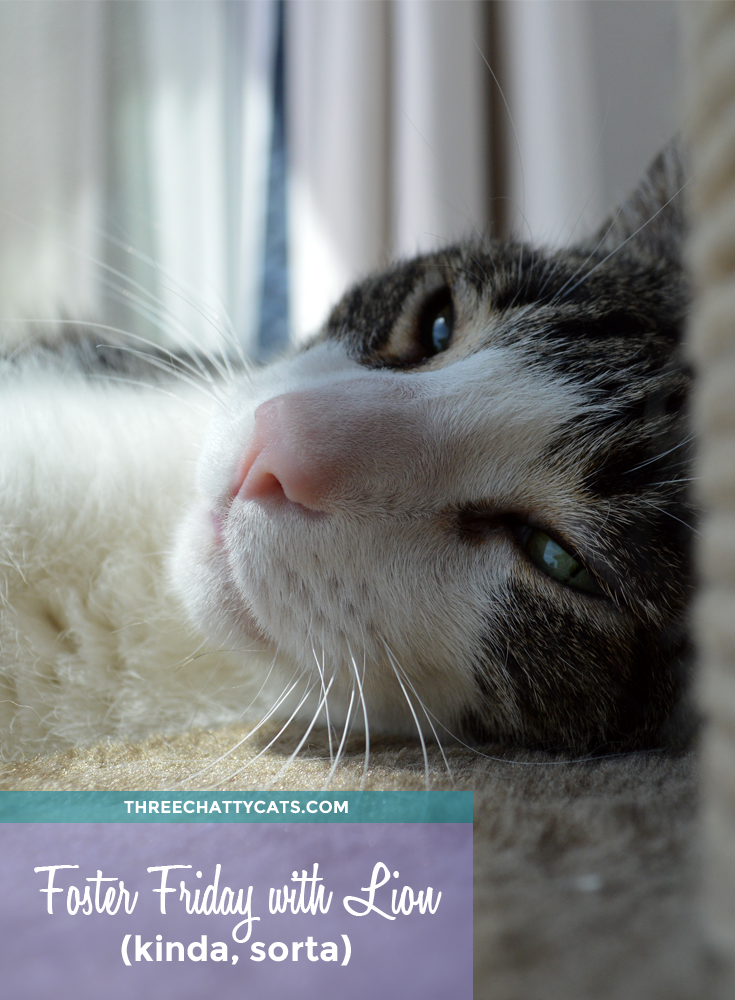