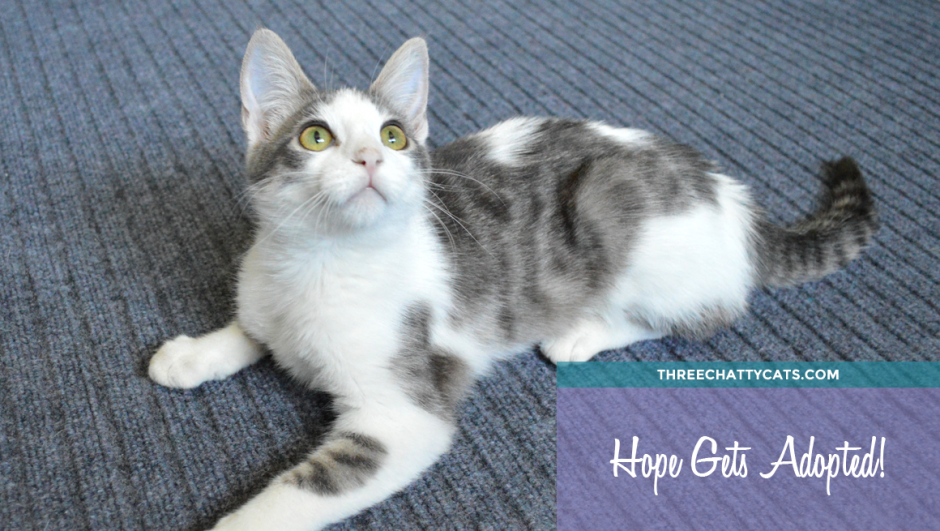 I had planned on doing a “Meet Hope” post this week to let potential adopters know how foster cat Hope is in a home environment. As it turns out, such a post is not necessary!

I briefly mentioned how we were told that Hope may need a lot of time to adjust. But she came out of her shell quickly, loved attention, playing and just hanging out. She doesn’t like being picked up, but I believe she may eventually be a lap cat. She would crawl across my lap toward the end of her stay here, but never really settled for long. 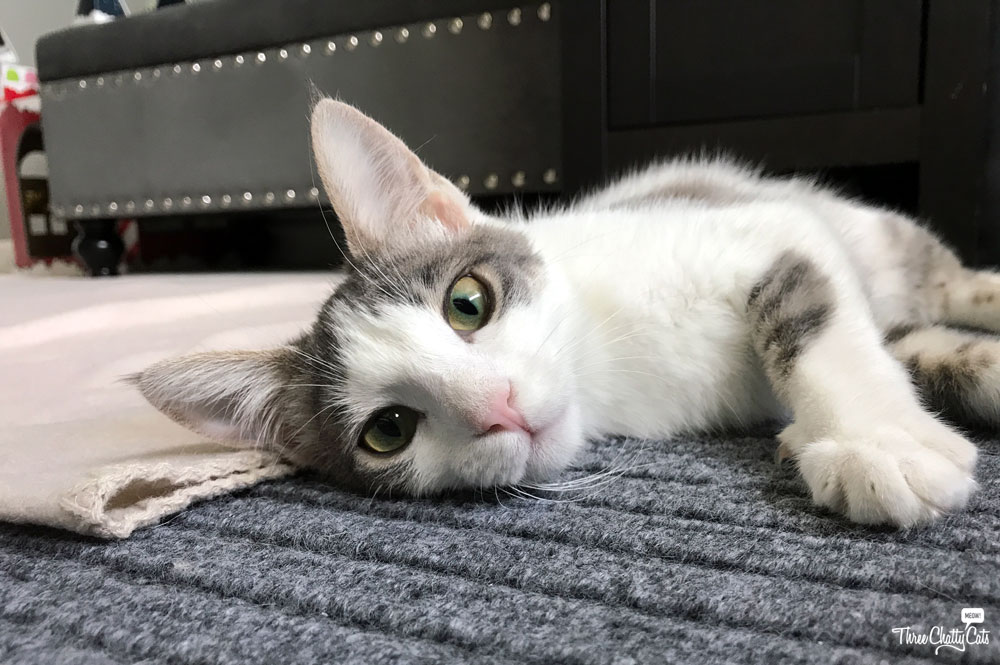 When we had picked Hope up for fostering, she wasn’t even listed as available for adoption yet. I sent Best Friends a few photos on Thursday and they created her profile online. And what do you know…I received an email on Friday that someone wanted to meet Hope! 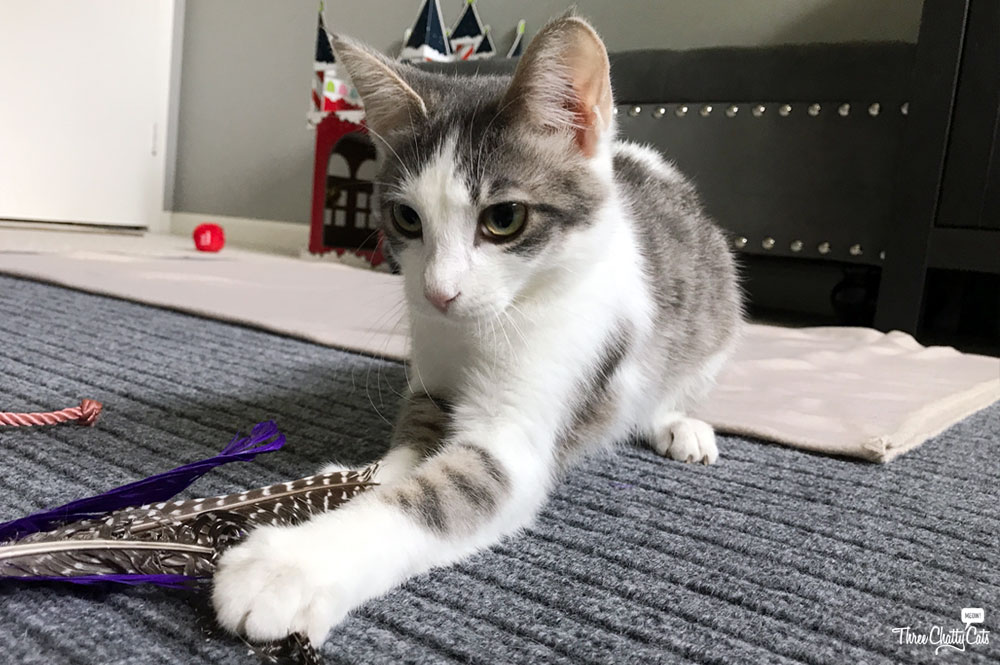 So, Sunday afternoon we wrangled her into the carrier and headed up to Best Friends for the meet and greet.

Hope’s adopter was a nice, young man who was looking for his first cat. I’d warned the foster coordinator before Sunday that Hope would not show well, and I sent off a few videos of her playing and showing affection. I’m glad I did, as she hid the entire time during the meet and greet. 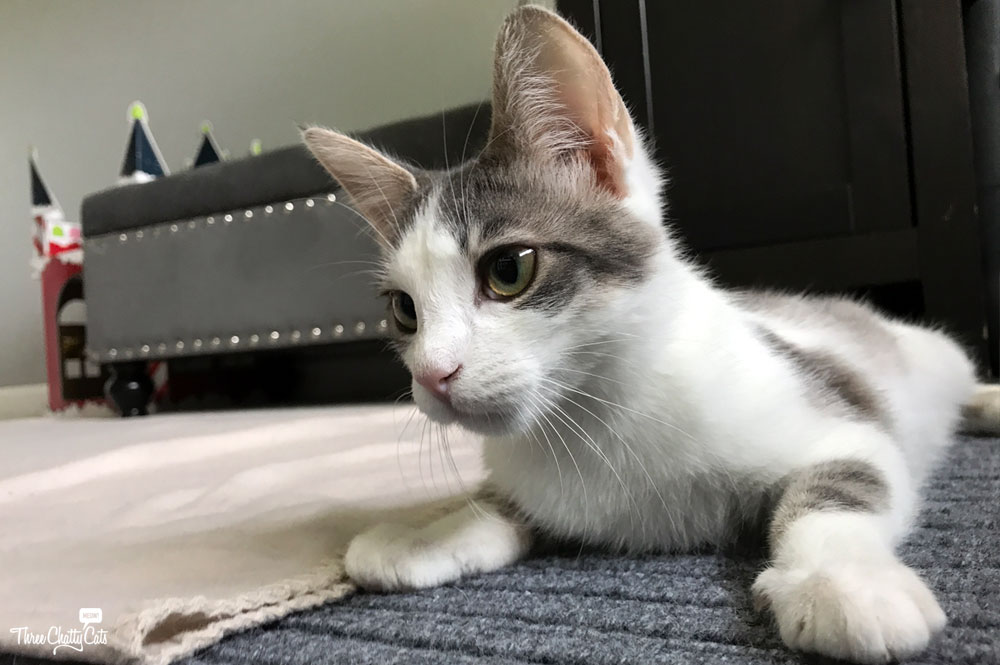 But, the young man said he had plenty of patience and that sounded great to me! He mentioned that his girlfriend cares for stray cats. And he also mentioned (in another part of the conversation) that he would be getting a kitten in a couple weeks. So, putting two and two together, I assume that his girlfriend is caring for a mother cat with kittens that aren’t yet weaned.

He thought it would be good to have two cats together, which I think will be great for Hope. (She showed interest in Dexter here, but he didn’t reciprocate.) I think it’s wonderful that he thought of adopting the other cat (Hope) from a shelter. Sounds like a cat guy in the making!

Best wishes to Hope and her new cat dad.

On a side note, Ross and I won’t be fostering again until mid-June. We’re getting new floors put in the house (pet proof, of course!) this month and then we’re off on vacation. But when we return, we’ll be ready for our next foster cat!

32 thoughts on “Hope Gets Adopted!”