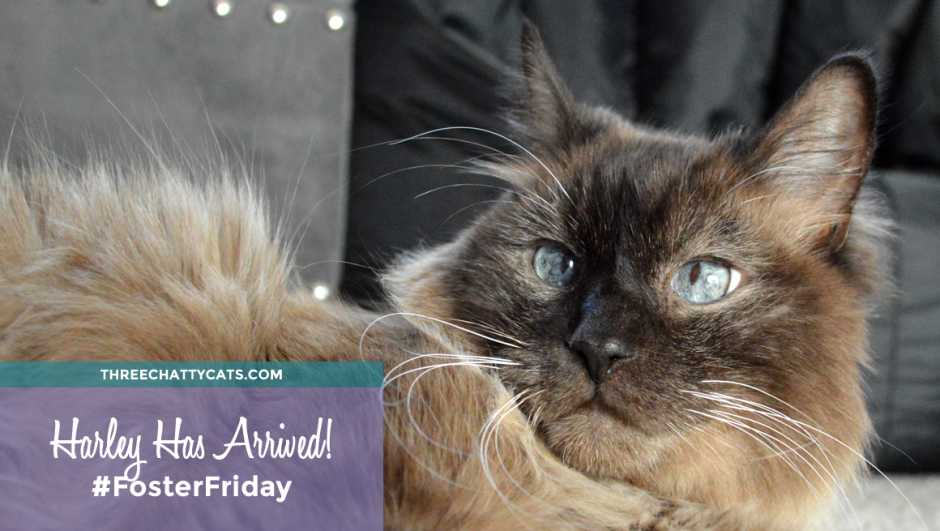 First off, I hope everyone had a nice Thanksgiving holiday. And second, I’d like to introduce you to our newest foster cat – Harley! We picked him up on Monday and he has been settling in this week. 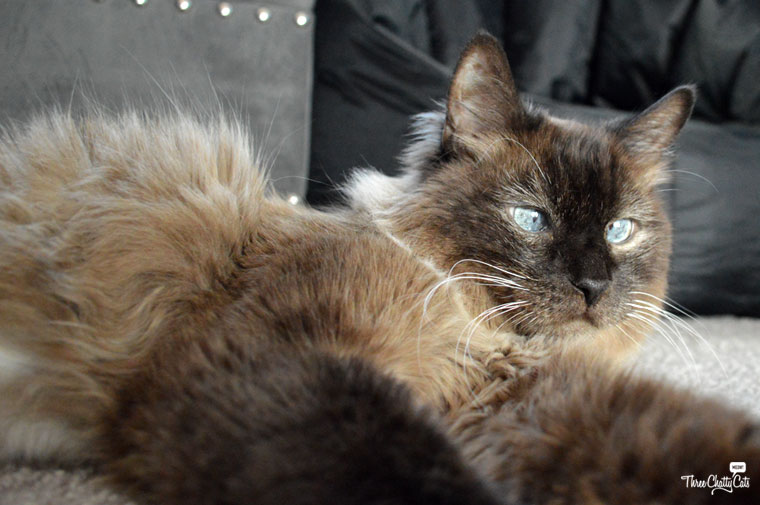 Described to us as a shy boy, this nine-year-old cat is coming out of his shell quite nicely. He did hide the first couple of days under our (not-in-use) treadmill, but he would always come out for pets and affection within a few minutes of us being near him. I think it’s just a safety spot for him to call home base.

And on Wednesday when we left the door of the foster room open, he strutted right out and down the hallway as if he owned the place (none of our resident cats were around at the time).

A String of Bad Luck

Just this year, Harley has been adopted from and returned twice to Best Friends in Los Angeles. The first adopters said he was too shy and peed when scared. The second ones were moving in with someone who had allergies and couldn’t take him (they didn’t report any peeing issues). Needless to say, Harley could really use a break. Ideally, he should go to a patient and experienced cat owner.

And while Harley may seem shy at first, I don’t think it’s anything he won’t overcome in the right house. He hasn’t even been with us a full week and he’s doing just fine. He eats well, uses the litter perfectly and loves affection. He has yet to climb into my lap, but he did snuggle for a bit on the bed.

Harley is available for adoption from Best Friends Animal Society in Los Angeles. 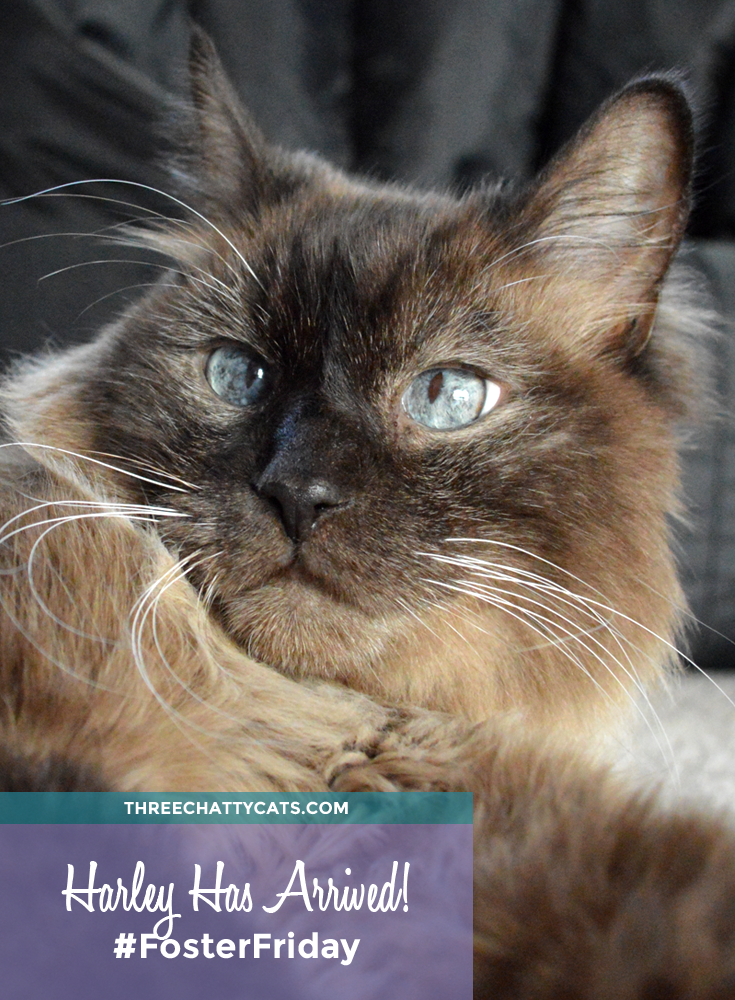 22 thoughts on “Harley Has Arrived! #FosterFriday”