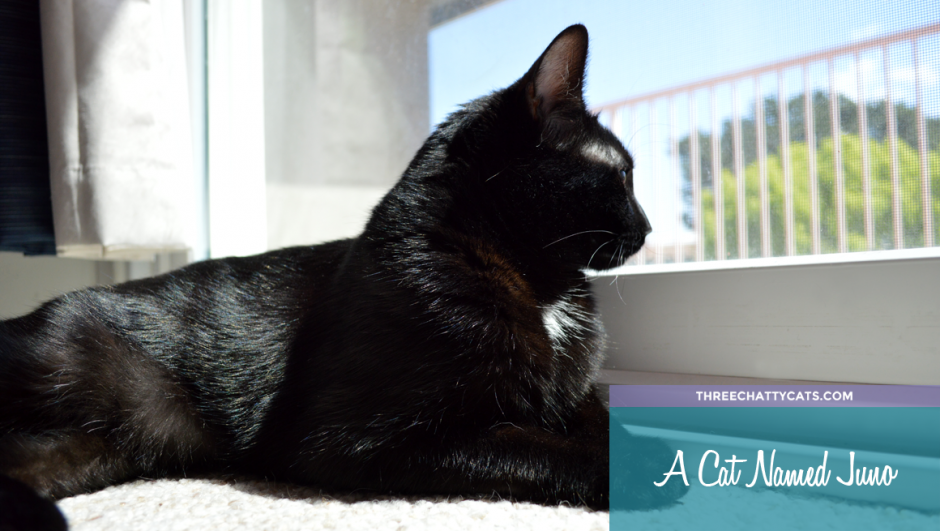 In an earlier post, I briefly introduced you to our foster cat Juno. Today, I’d like to give you a little more on her background…and of course more pictures! 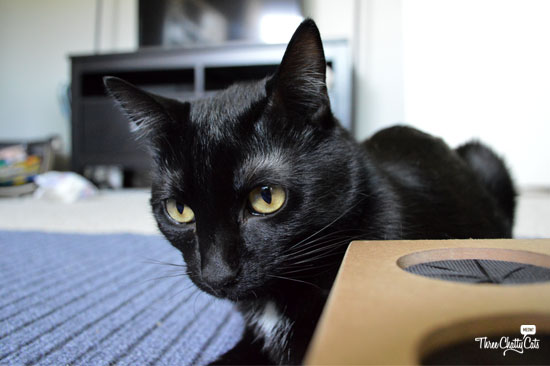 Juno was originally adopted from Best Friends in Los Angeles as a kitten, I believe around June 2015. She stayed with her family for about a year and a half. When she required surgery to remove a bladder stone, her family could not financially afford the surgery. In what I imagine was a very hard decision, they returned Juno to Best Friends so she could receive proper care. 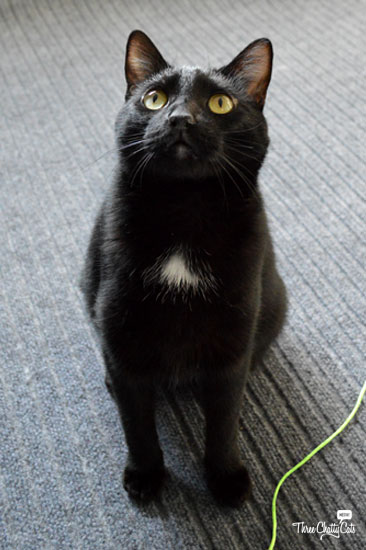 Best Friends performed the surgery. They ended up only removing a small cyst, as the bladder stone that had shown up on previous x-rays had disappeared. She made a full recovery from the surgery.

At her previous home, Juno was described as confident with everyone, but shy around children. She was the only pet in the house, and she was very outgoing and loved being around people. 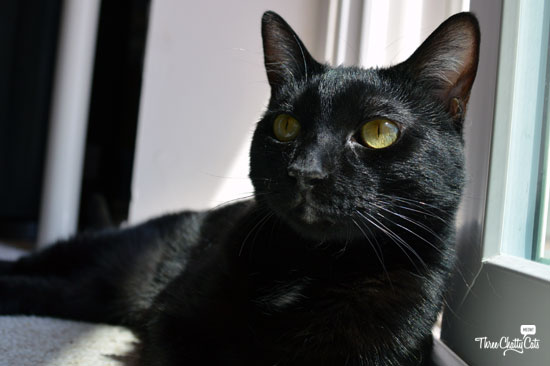 During Juno’s time here at our house, we have found the above to be an accurate description, although we don’t have (two-legged) children, so we can’t speak to her shyness. She is certainly not shy with us. 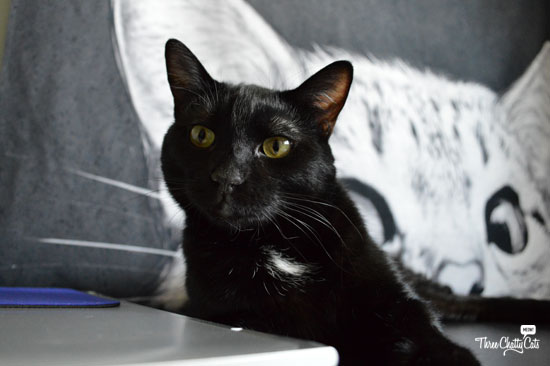 When she first arrived here, it was very clear that Juno becomes overstimulated easily with too much petting. She would hiss and also swatted a couple of times, but without using her claws. She has settled down in that regard and hasn’t hissed (at us humans) since the first couple of days. And speaking of claws, we successfully trimmed her nails. It was a breeze! Much easier than our resident cats.

Juno is not a lap cat (yet), but she is very easy to handle. She allows me to pick her up and hold her with no problem. She’s climbed onto my lap a couple of times and also onto Ross’ chest, but never stays put long. She definitely wants to be around us. Juno is curious, explores every inch of the rooms that she’s allowed in, and she really wants to play with Sophie. Juno has play pounced at her several times. Sophie just won’t respond yet.

Juno would be fine with other cats, as long as proper introductions take place. As I mentioned, she has tried to initiate play with Sophie several times. She’s also tried with Dexter. Olive doesn’t come around when Juno is wandering the upstairs. I even think Juno would be fine with calm dogs. Juno does fine with Eddie, our 15-year-old terrier. But Eddie doesn’t care much about cats, so he’s not very interested in her.

Here’s a cute video of Juno playing. Watch for an appearance from Sophie.

My hope is that whoever adopts Juno, they will be patient and understand that not all cats like to cuddle. But over time, I do think Juno could end up being a lap cat. She will make someone a wonderful pet!

We’re joining The Cat on My Head for the Sunday Selfies blog hop.

If you’re in the Los Angeles area, two-year-old Juno is available for adoption through Best Friends. Juno’s Profile Page 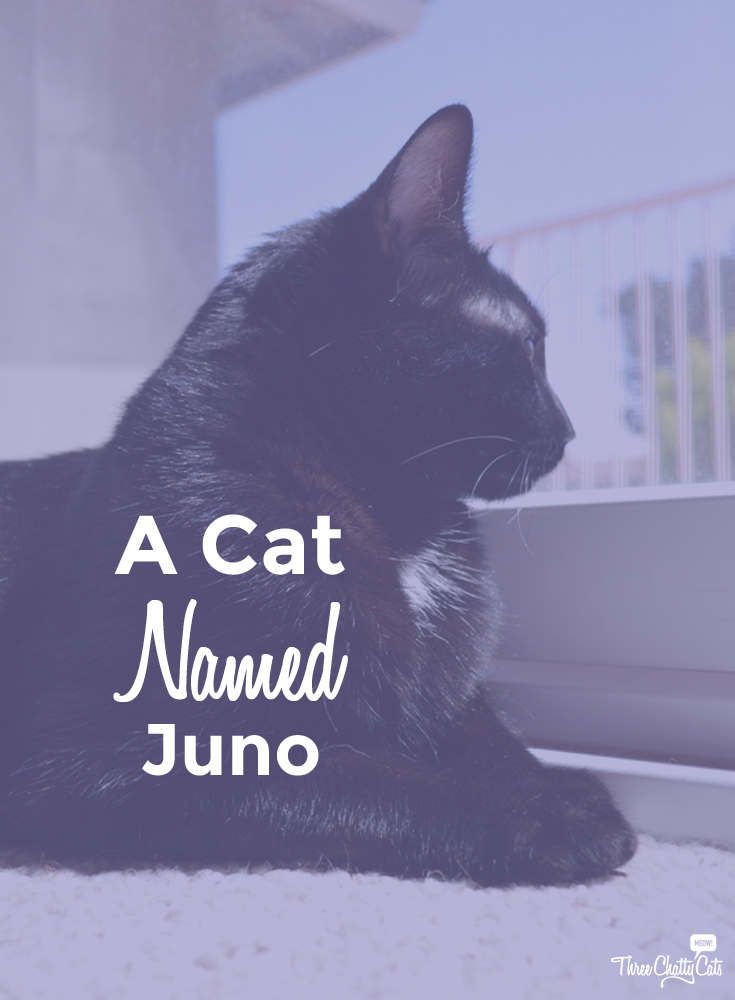