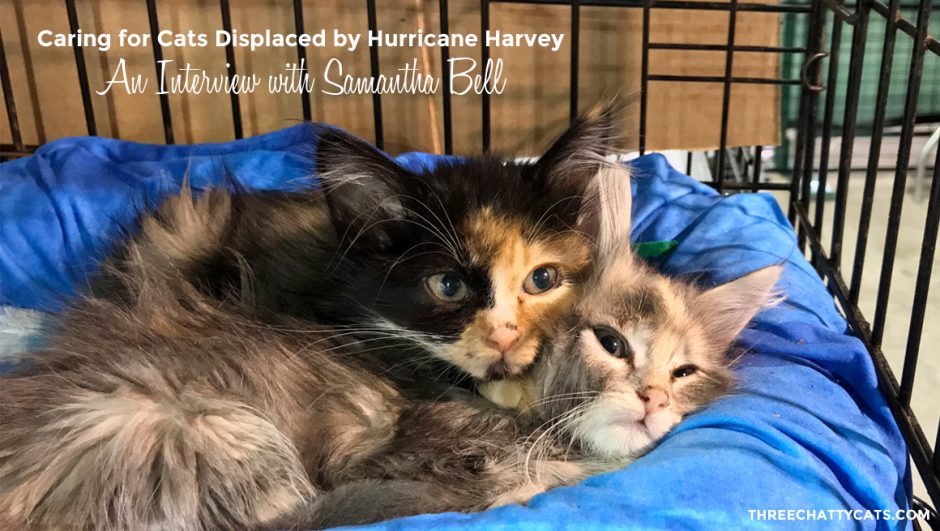 The Sunday after Hurricane Harvey made landfall in Texas, Samantha Bell, Cat Behavior & Enrichment Lead at Best Friends Animal Society in Los Angeles, was called into her manager’s office, who started out with, “You know how Best Friends is helping with Hurricane Harvey…?”

Best Friends Animal Society, which has helped in disaster areas before, would be going to Texas to rescue animals in and around the storm-ravaged zones. While going to Houston was not mandatory, Best Friends needed to send two or three Los Angeles staff members to Texas, and Samantha knew immediately that she wanted to go.

Best Friends had staff on the ground in Texas on August 28th, shortly after the hurricane hit. The Los Angeles team deployed to Houston about one week later, once the organization knew where help was needed most. END_OF_DOCUMENT_TOKEN_TO_BE_REPLACED