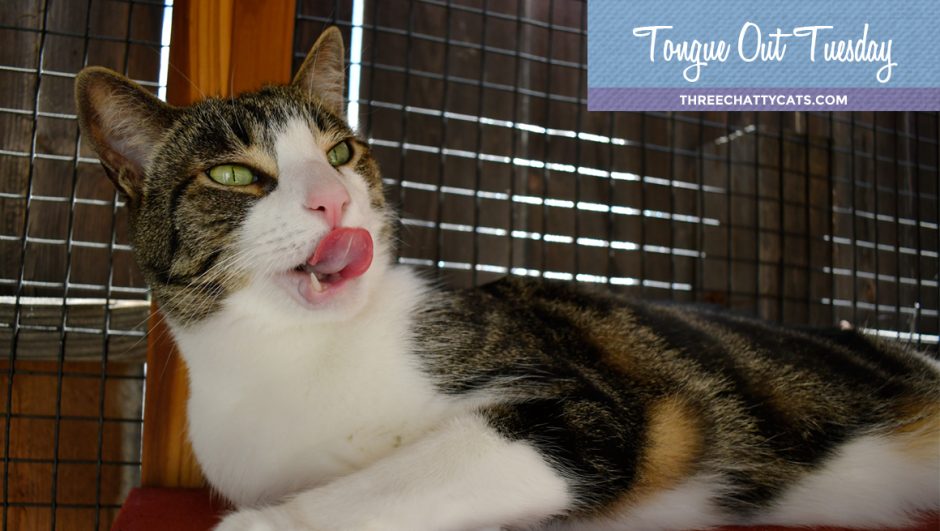 Gosh, with that lead-in, this better be pretty ultimate. You be the judge! Here’s Woodrow’s entry to Tongue Out Tuesday on this Tabby Tuesday! 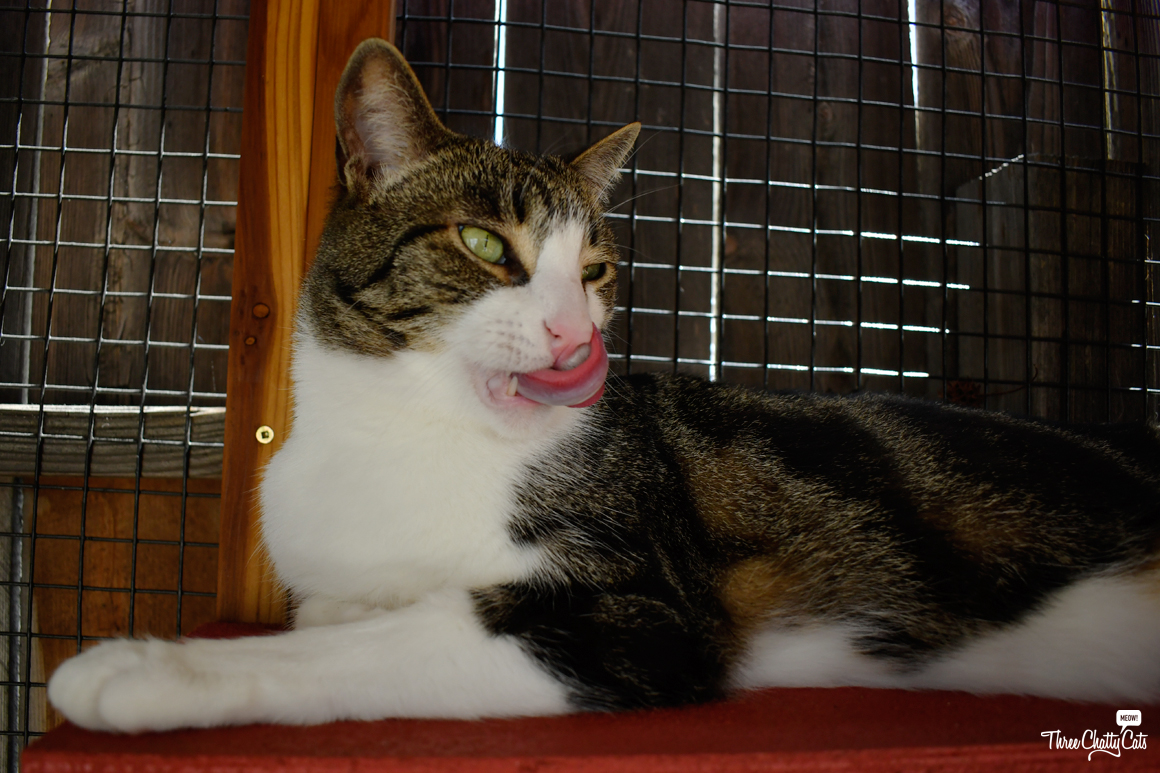 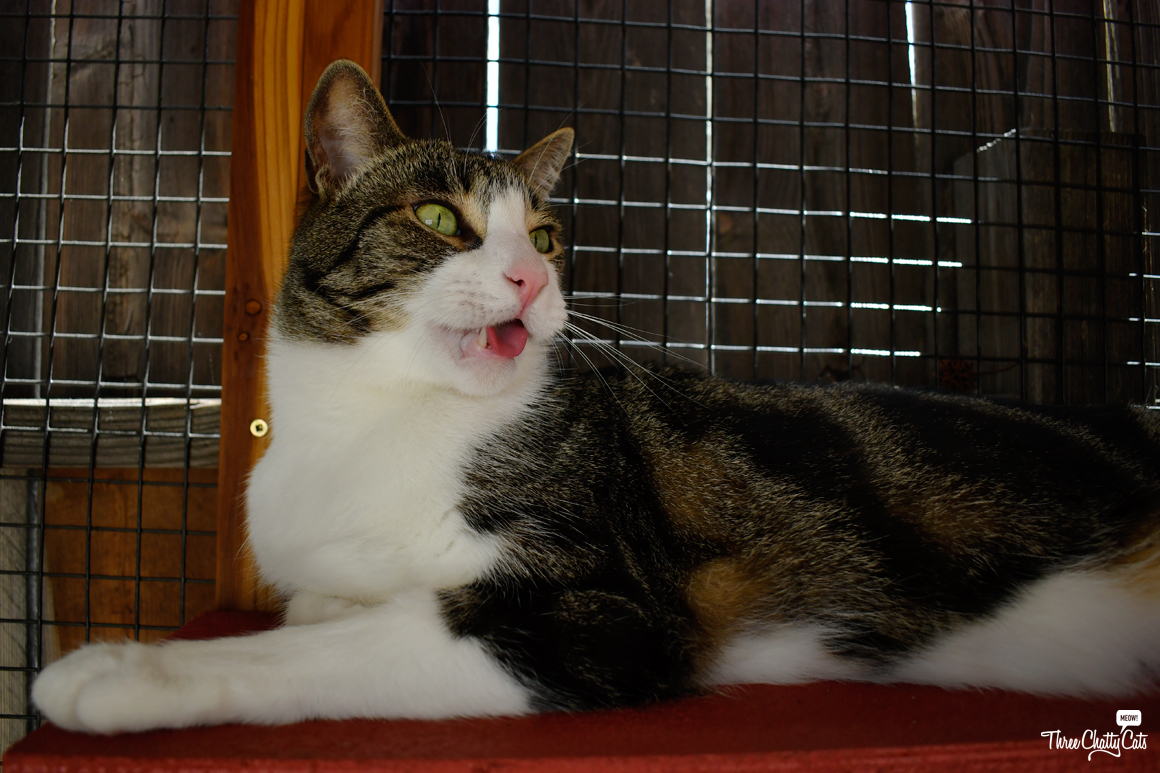 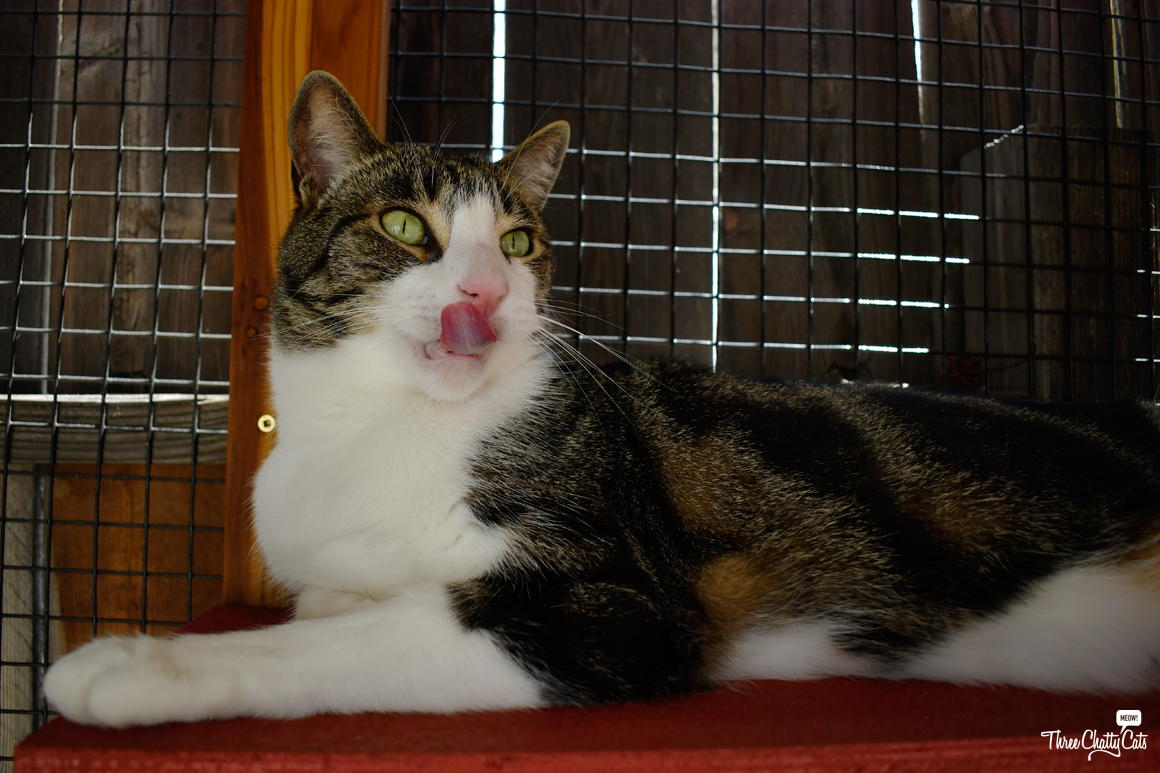 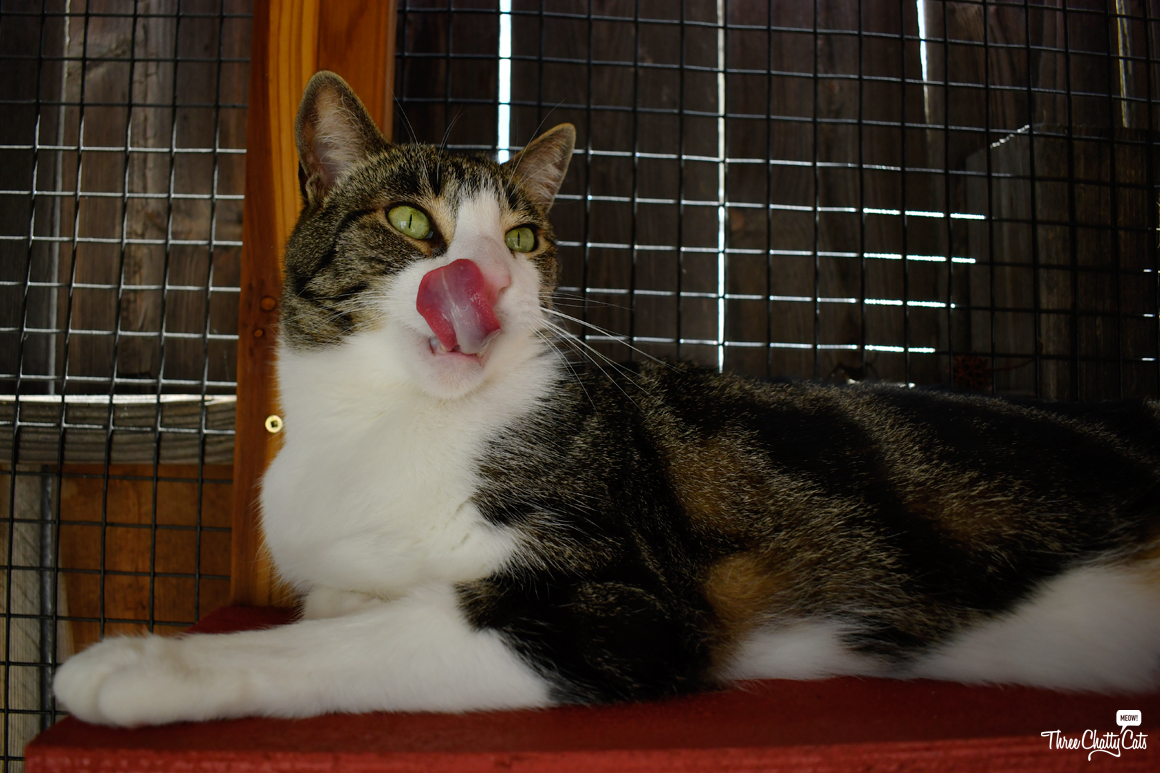 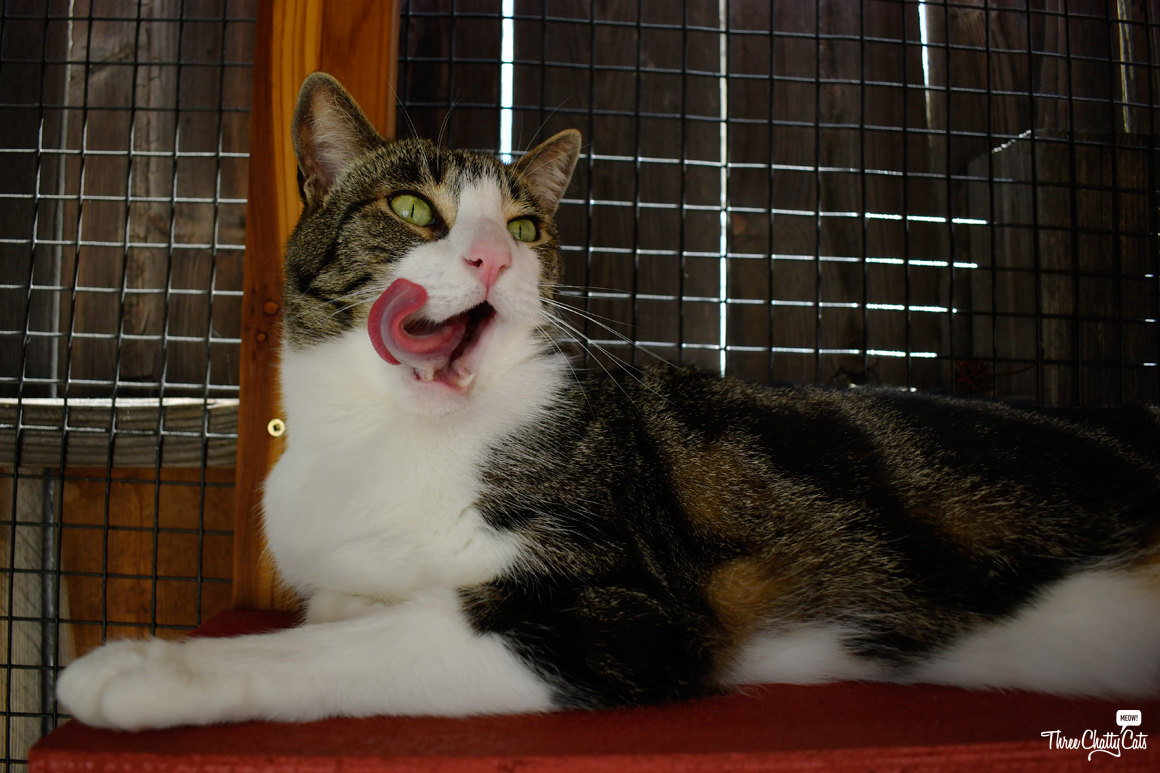 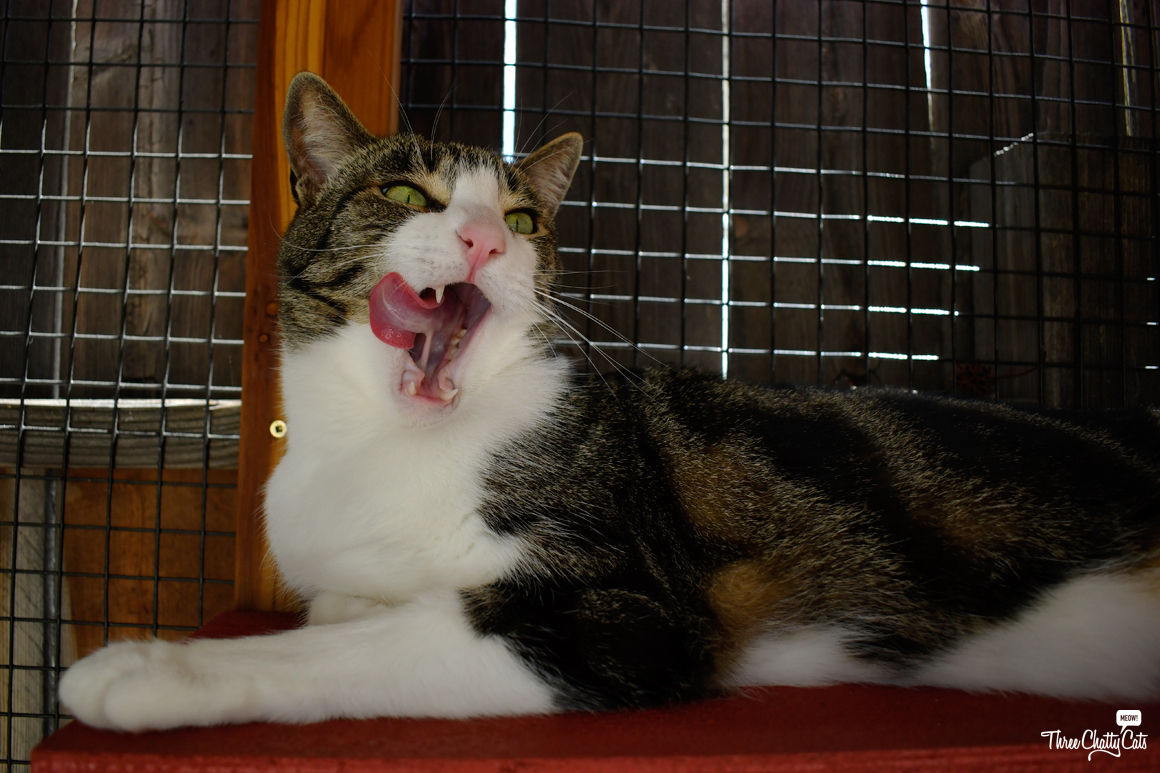 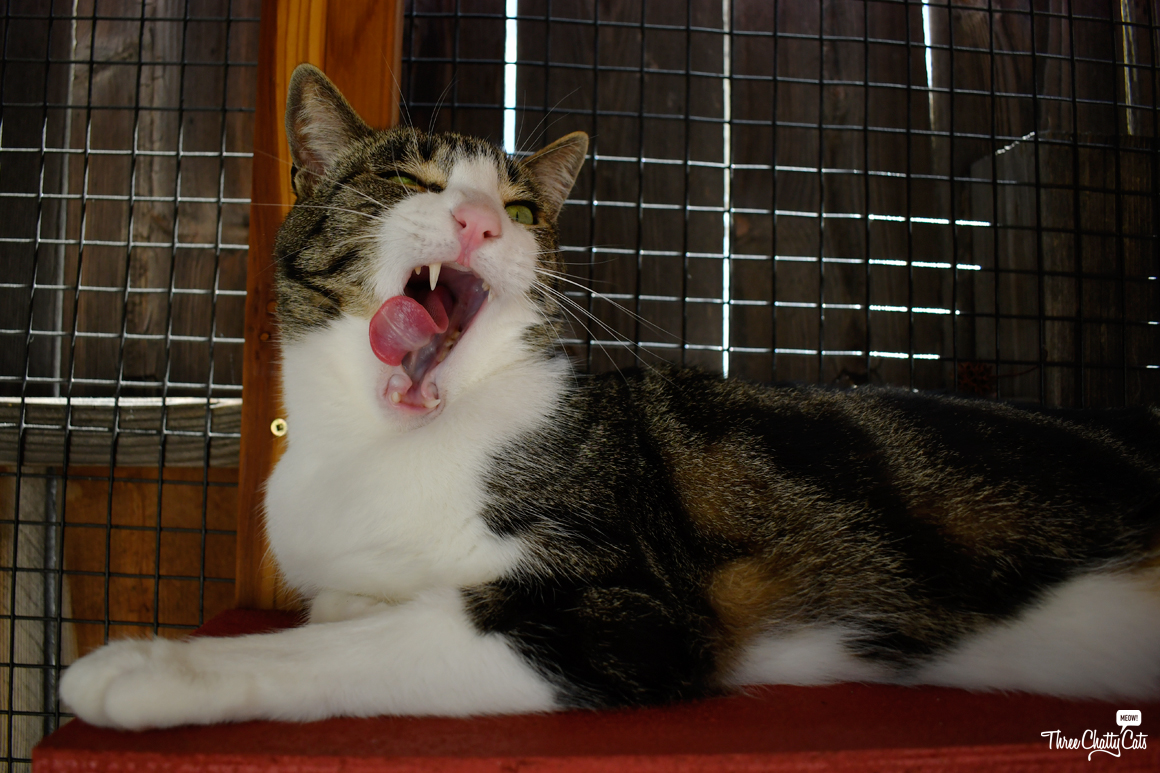 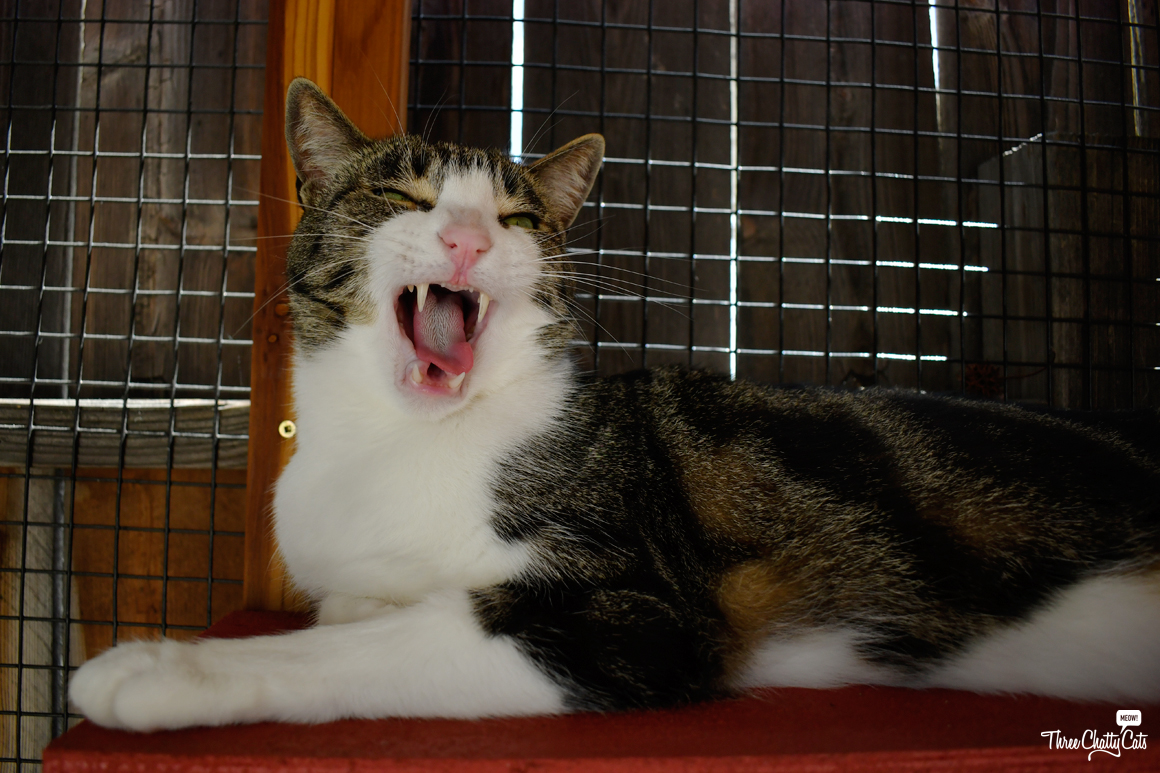 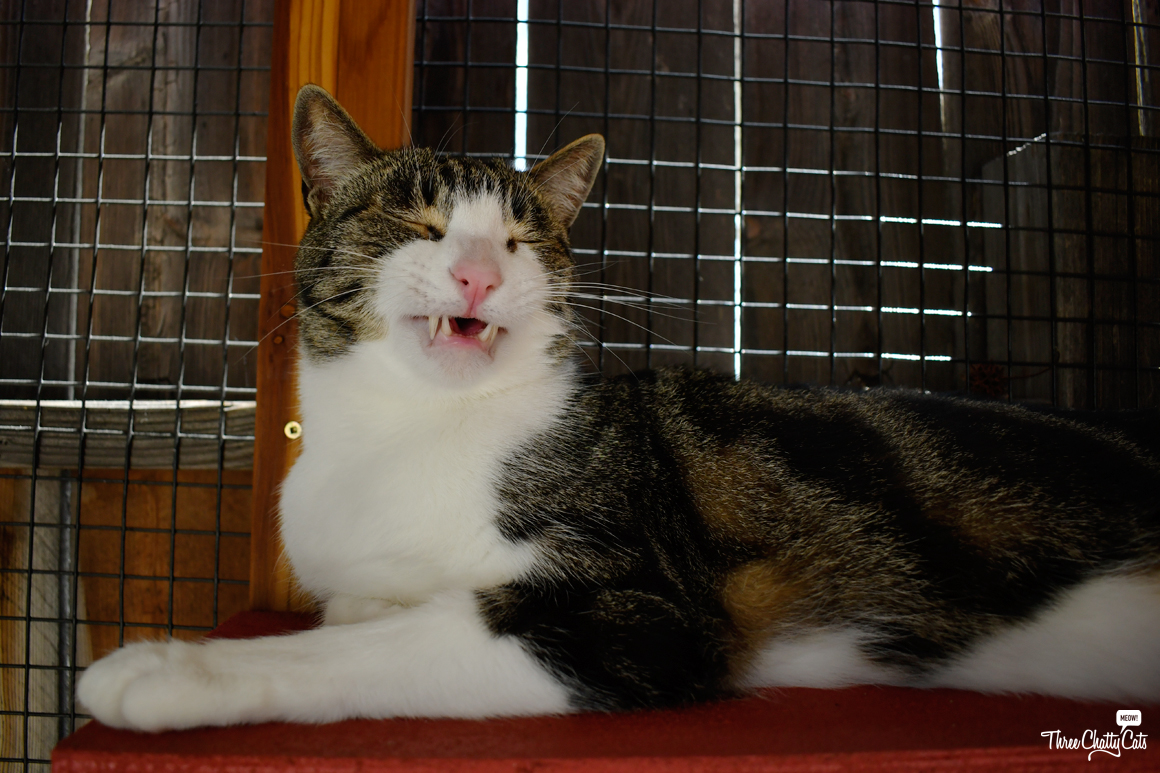 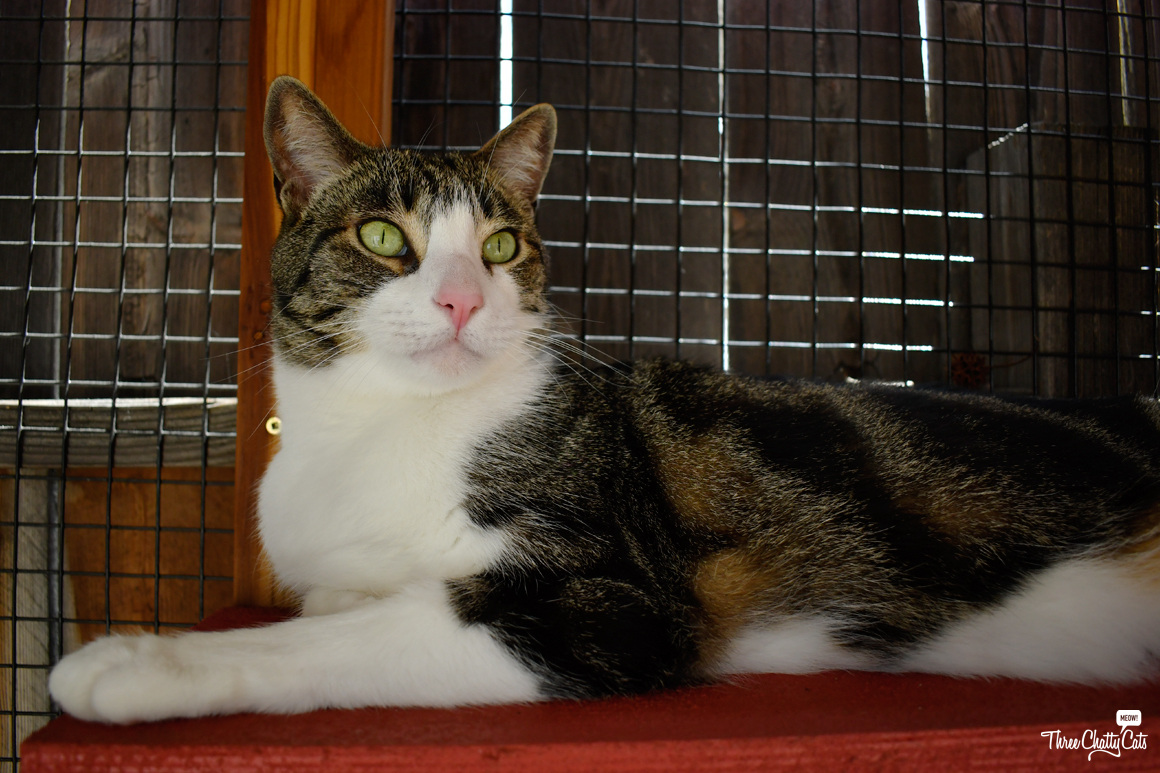 About These Photos: Cat dad Ross bought me a new DSLR camera (Nikon D7500) for my birthday (which I opened early). It’s two models up from my previous DSLR and I love it! I’ve already snapped over 1,000 shots since getting the camera last week. The “continuous shooting” option snaps eight frames per second, which is how I captured the above photos. I love how the camera can capture (so well) the second or so that it took Woodrow to lick his lips and turn his head. The output is so high quality that I can also crop close up and the image still looks nice. Sorry, cats. My excitement over the new camera will die down eventually. Maybe. 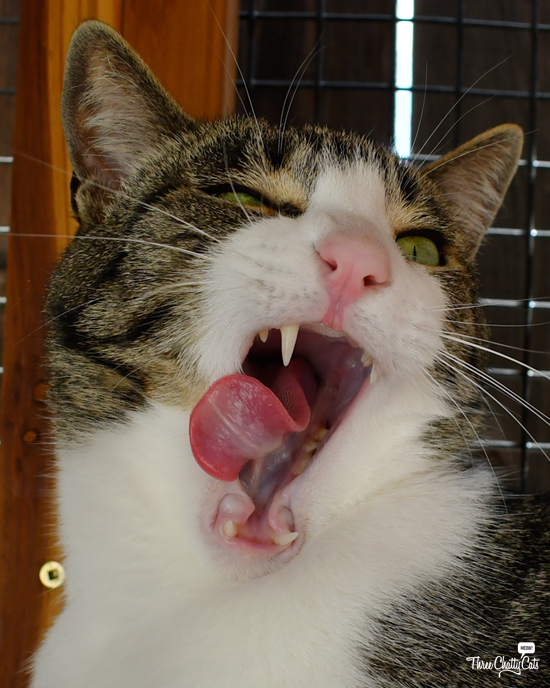 22 thoughts on “Ultimate #TOT on #TabbyTuesday”