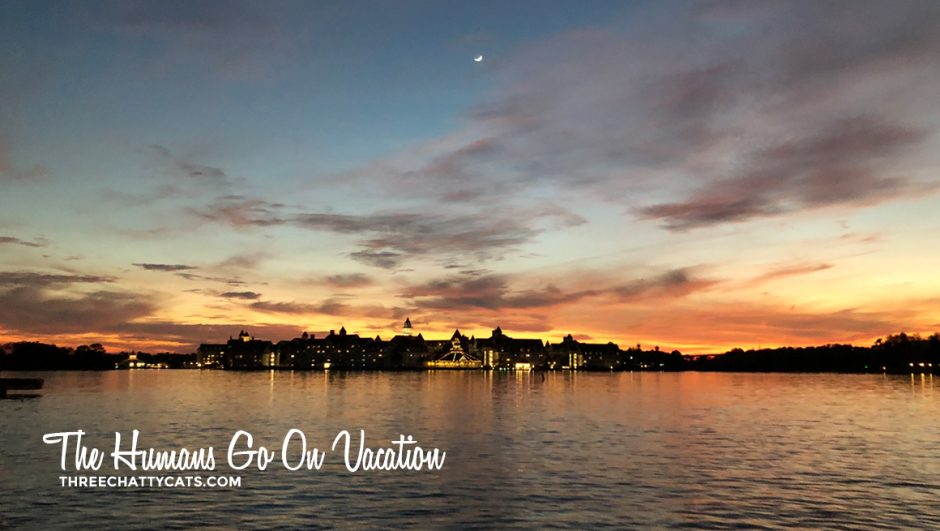 Since the cats have been grumbling about it nonstop, you may know that we (the humans) recently went on vacation. Where did we go, you ask? Walt Disney World in Orlando, Florida! I thought it would be fun to share some of our vacation photos – and show you some of the cats we saw while on vacation.

What’s funny is that we live very close to Disneyland in Southern California. In fact, some nights we can hear their fireworks. We visit Disneyland once or twice a year when visitors are in town. But I’ve never been to Disney World (which is a total of four theme parks), so we thought it would be fun to take a vacation there.

We stayed at the Grand Floridian. Below is a photo I snapped of the resort as we took a boat from the hotel to the theme park. 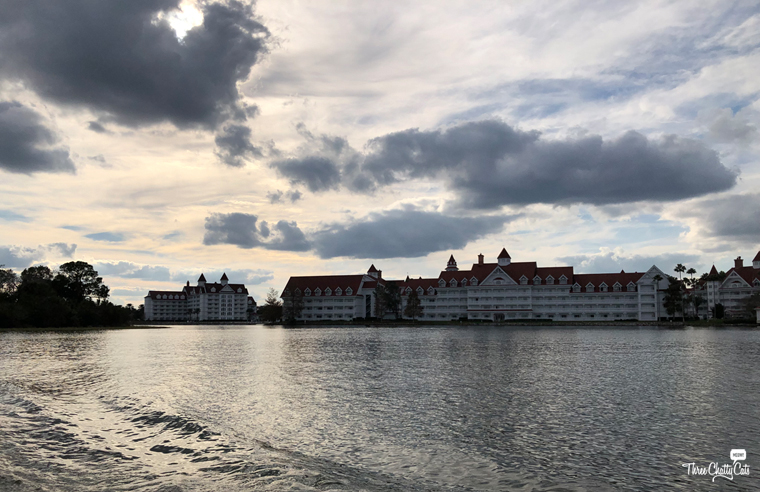 Here’s a shot at the entrance of the Magic Kingdom, which is the equivalent of Disneyland in California. 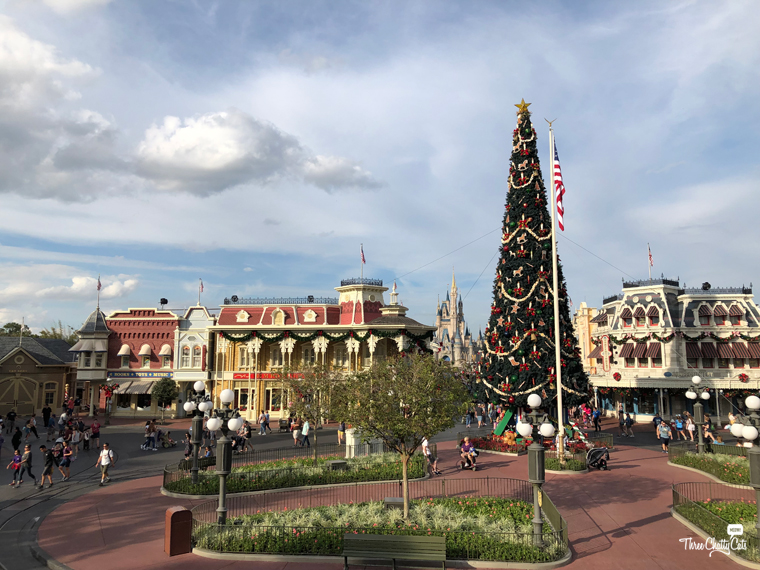 And here’s Cinderella’s Castle all lit up at night. 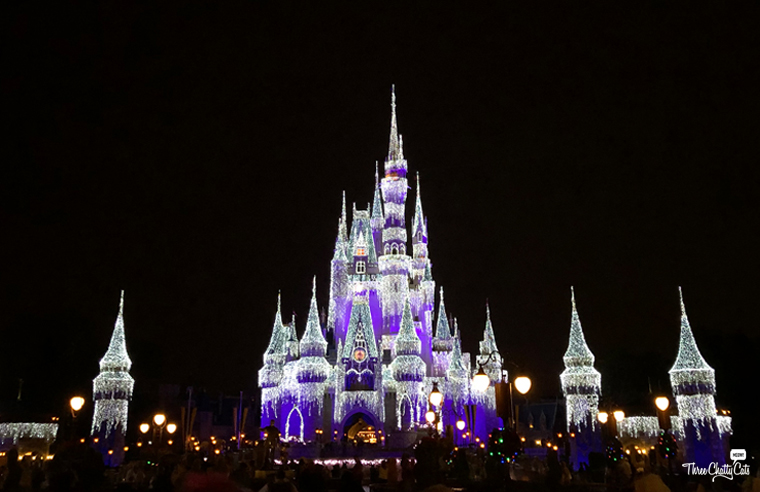 Now, onto the cats!

The first cat I saw was actually at Disney Springs, which is not part of the theme parks but rather an outdoor shopping/dining district a few miles away from the parks. Ross and I were walking across a small bridge and he pointed out this young cat. It was quite a distance away and not easily accessible to this cat lover. (I probably would’ve been asked to leave had I tried to reach him.) 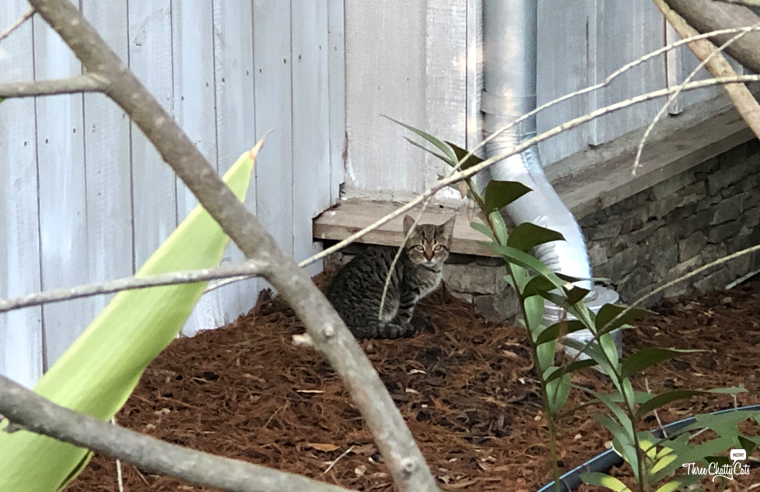 About Feral Cats at Disneyland

Living near Disneyland in California, I’m very familiar with the feral cats that live at the theme park. There is a team of cast members (as Disney employees are called) that care for the cats, which includes TNR and vaccinations. They also have designated feeding areas in the park (away from the public, of course). I’ve also heard that they adopt out any cats that are deemed friendly to cast members.

However, I haven’t heard the same about Disney World. And while this cat that I saw did appear healthy (and was playing with the blowing leaves), I didn’t see an ear tip. I would imagine that Disney in Orlando is aware of any stray or feral cats on their properties. I would hope that they care for them at the same level that Disneyland in California does.

Disney’s Animal Kingdom has a safari that guests can take and see various wildlife throughout the park. While I’m not a huge fan of animals in captivity, Disney does help endangered species. And they have their Disney World Conservation Fund, which awarded $5 Million to various conservation and wildlife organizations last year.

On the safari, we saw these two beautiful lions. The photos are a bit grainy because we were obviously pretty far away from them. 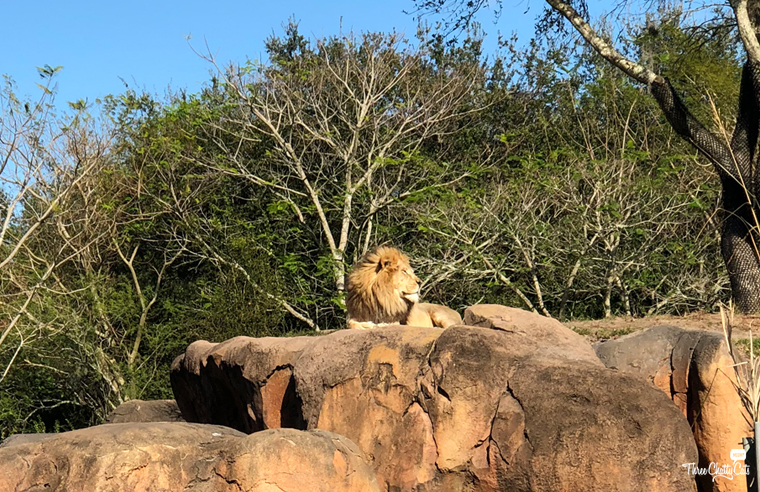 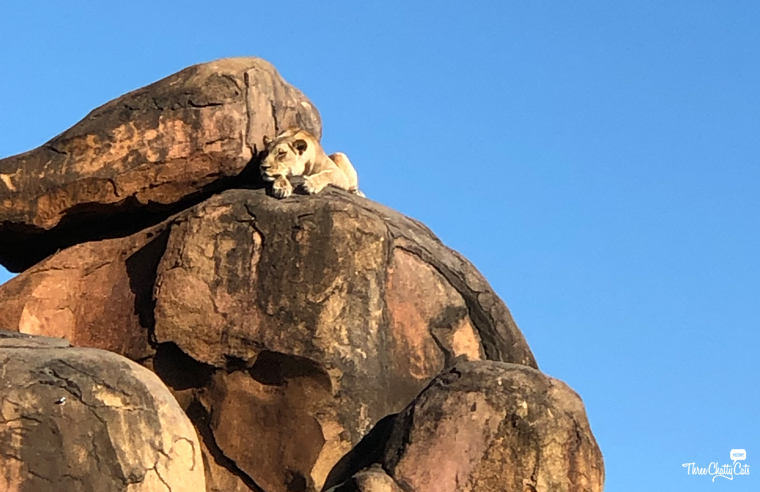 At Disney’s Epcot, which features different international pavilions, I saw this cat in Mexico from the movie Coco. At the Mexico Pavilion, I also bought two adorable cat statues for our cat sitter. I forgot to snap a photo of them, but envision colorful Mexican folk graphics in the style of Día de los Muertos. One was purple (her favorite color) and the other green. 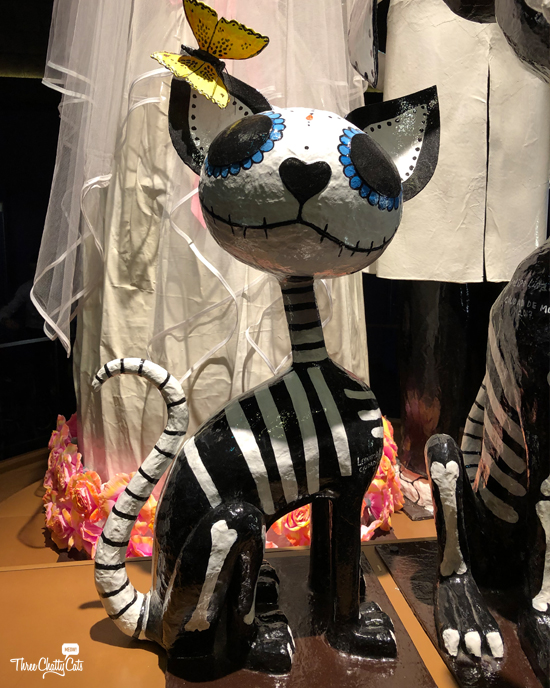 While in Orlando, we of course had to visit Universal Studios to check out Harry Potter. These two signs were in Diagon Alley.

And while this isn’t a cat, it’s pretty impressive! This is the dragon that is perched atop the Gringotts Bank in Diagon Alley. It even breathes real fire every 15 minutes! 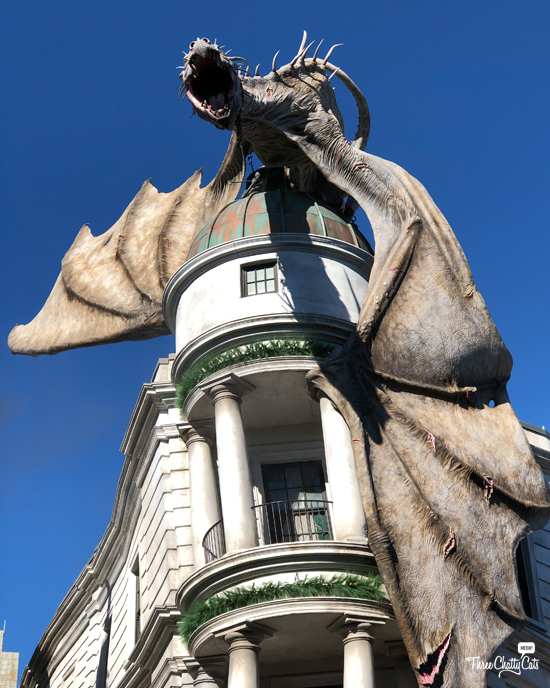 And lastly, here are the souvenirs I came home with. Cat pins and a cat lady shirt! 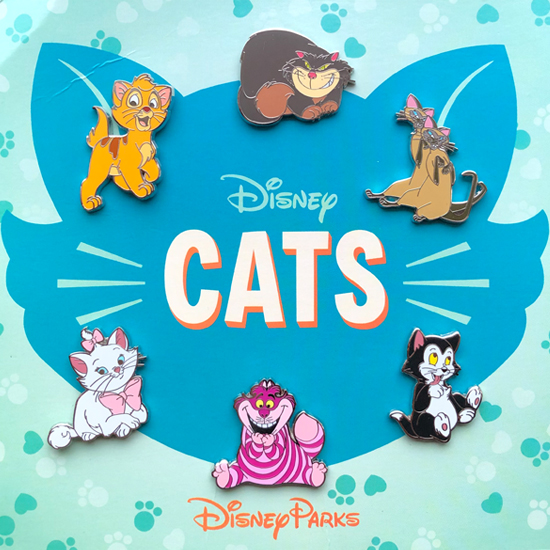 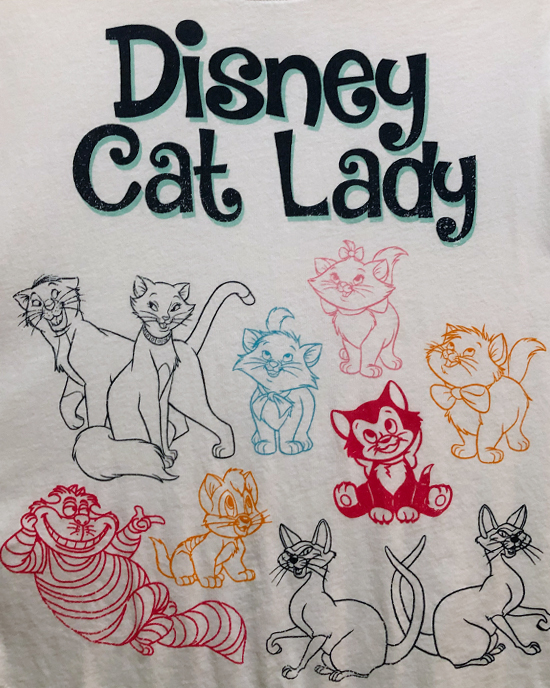 As a whole, Harry Potter was definitely my favorite part of the trip. But Disney does everything so well – from attractions and rides to the atmosphere and pleasantness of their cast members. But of course the best part of the trip was actually coming home to our own pets.

20 thoughts on “The Humans Go On Vacation”