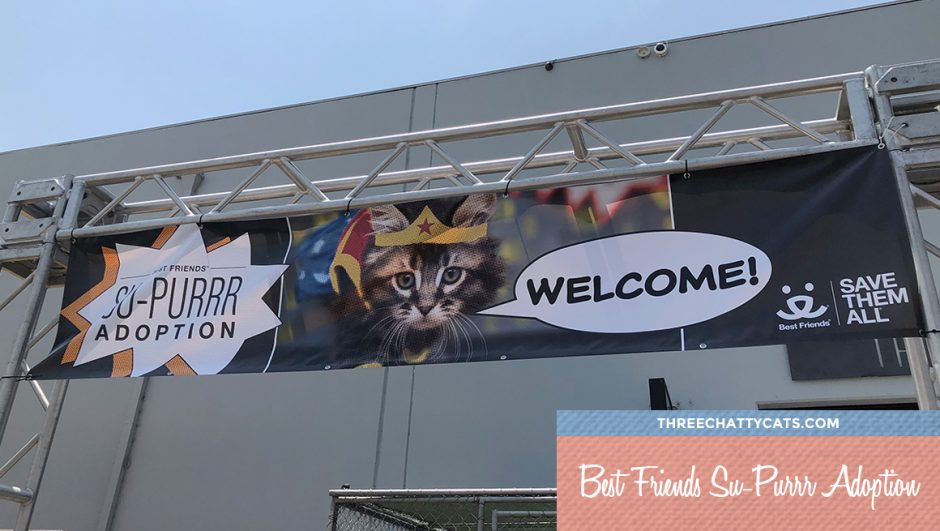 This past weekend, Ross and I volunteered at the Best Friends Su-Purrr Adoption event in Los Angeles. It was the group’s first ever cat and kitten focused event. Best Friends hosted several NKLA Coalition Partners (rescue groups in Southern California who are part of the No-Kill Los Angeles initiative) and over 300 cats and kittens were available for adoption.

I haven’t heard the final adoption numbers yet, but while volunteering, I saw lots of people leaving with cats in carriers! It looked promising!

The kittens inside the Catty Wagon had lots of visitors. When I left the event on the first day, half of them had already been adopted!

Once inside, the public had plenty of cats and kittens to choose from, like these ones.

One of the rescue groups I’ve featured before on the blog, Peter Zippi Memorial Fund, was at the event along with several others – like this group (that I’d never heard of before) with an awesome name and logo! Kitt Crusaders!

I also loved that the event had super cute graphics! Super – get it? (Of course you do!)

But let’s get back to the cats. Like this chill fella just hanging out. Both my mom and a friend said he looks like a monkey. He’s definitely a cutie! 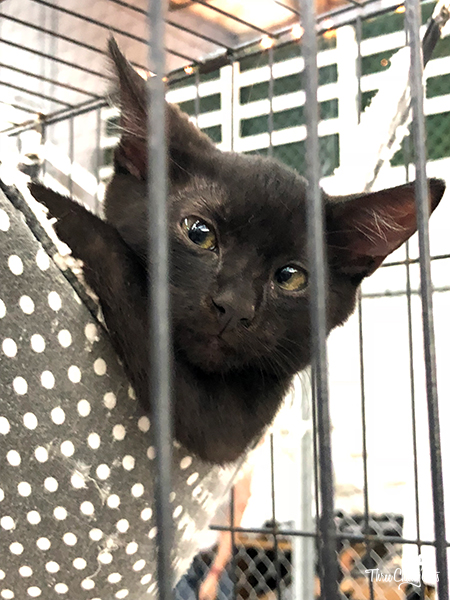 A few more cats at the event… 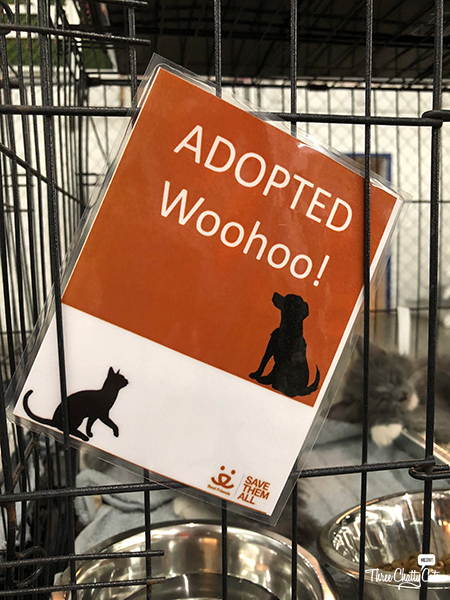