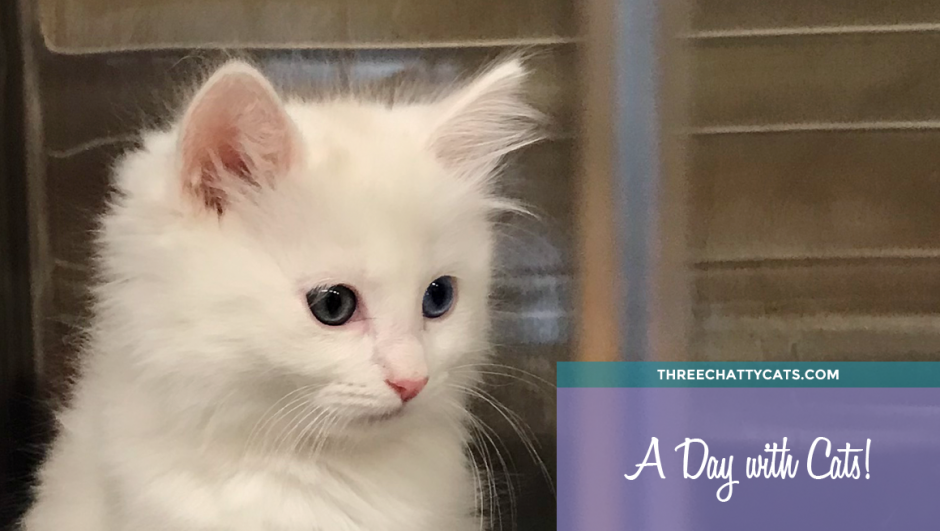 Yesterday, Ross and I spent a fun-filled day with several different cats. We started off the day at America’s Family Pet Expo at the Orange County Fair Grounds. 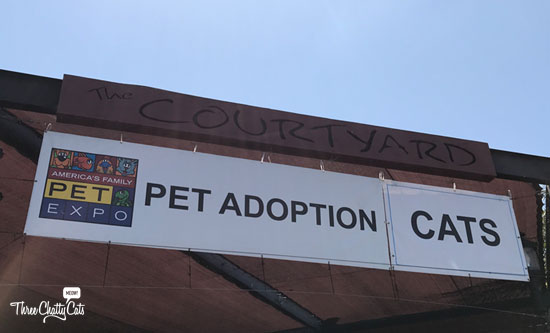 Billed as the world’s largest pet and pet products expo, there’s definitely plenty to see – and of course lots of cats, both of the adoptable and show variety.

The highlight of the day for me was meeting Ricky the Rescue Cat from Lucy Pet Products. We happened upon Ricky right as he was getting ready to take a drive (his ammonia patrol duties) with his mom Doc Halligan.

After hanging out with Ricky, Ross and I headed over to Moon Cat Cafe, the first ever mobile cat cafe. They were spending the weekend at the expo, letting visitors play with adoptable cats. I’d featured the cafe before but hadn’t visited or met owner Janet Pao in person. While we were there, they had cats for adoption from The Cat Cove (all were adopted!). Later in the afternoon, they would be hosting adoptable cats from Zoey’s Place.

I couldn’t leave the cafe without purchasing some adorable cat merchandise. Moon Cat Cafe features handcrafted items from both local and global independent artists. Here’s what I bought.

After leaving the pet expo, we decided to stop by our county’s animal shelter. We’re hoping to foster for them and wanted to chat with the staff and visit with the cats.

Turns out the shelter was having a Spring Fling event and all of the kittens had been adopted by the time we arrived. 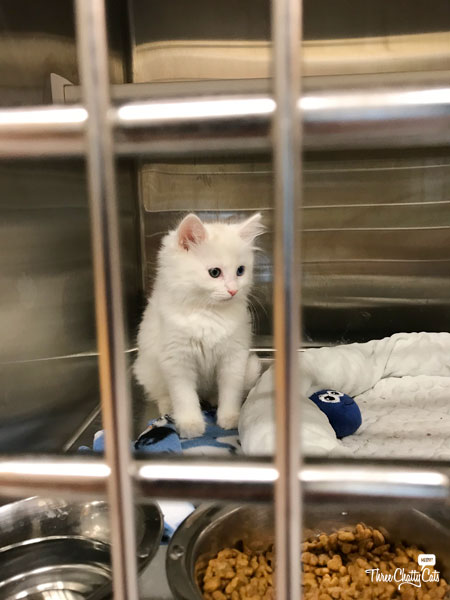 The shelter is brand new and had their grand opening last month, which we attended. I noticed that about half of the cat kennels were empty, so I asked if all the cats had been transferred over yet from their old facility. The answer was yes, so it’s great to see they’re not currently at max capacity and that lots of cats and kittens are being adopted. 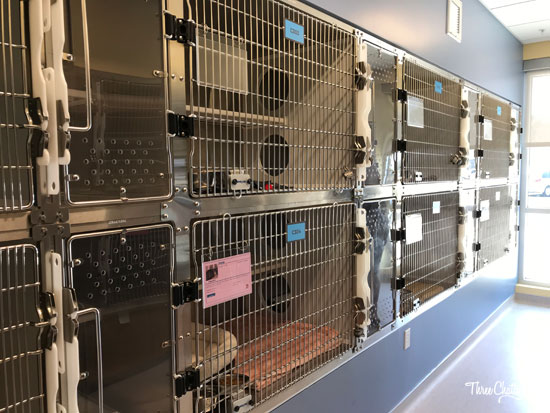 There are four or five private rooms with cat kennels, and there are also a few community cat rooms. The shelter also has catios so the cats can get some fresh air. It really is a beautiful facility. And the dogs are housed far away, so you can’t hear them at all when visiting with the cats.

Enjoy this short video of an adorable (and adopted) white kitten with heterochromia eyes.

When we finally got home yesterday afternoon, I had to show the cats what I bought for them, whether they wanted to see it or not. Sophie was kind enough to model this bow tie. She said, give me some chin scritches and I’ll do it. Done and done!

Is there a pet expo in your area?

Don’t forget to enter our giveaway for a Kitty Kick Stix! It ends Wednesday, May 2nd. 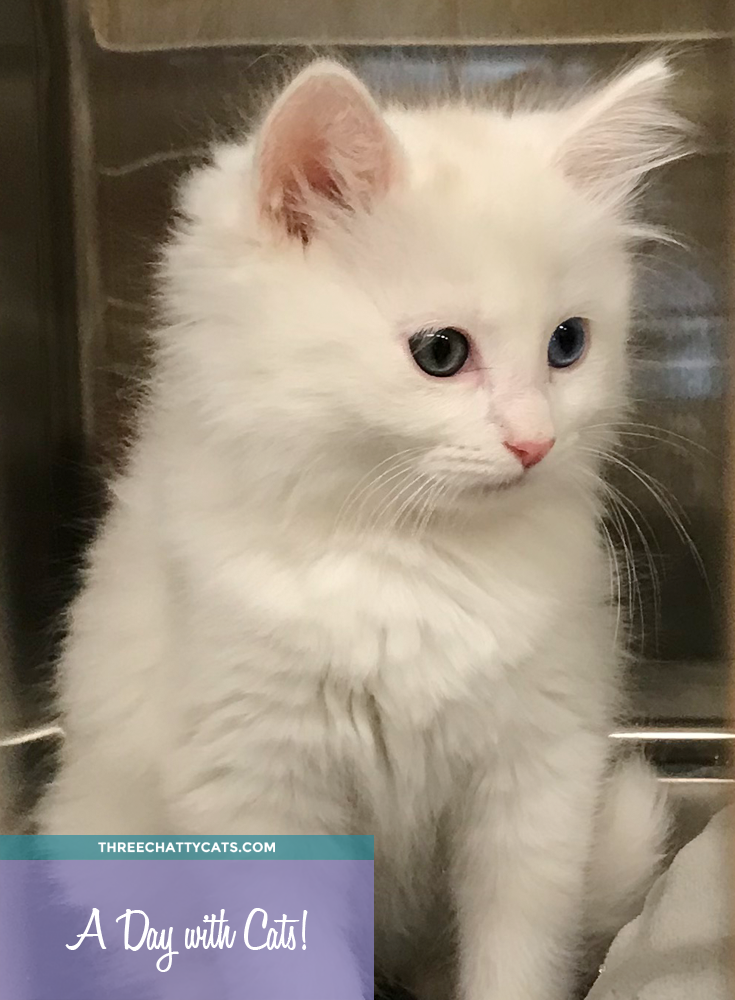