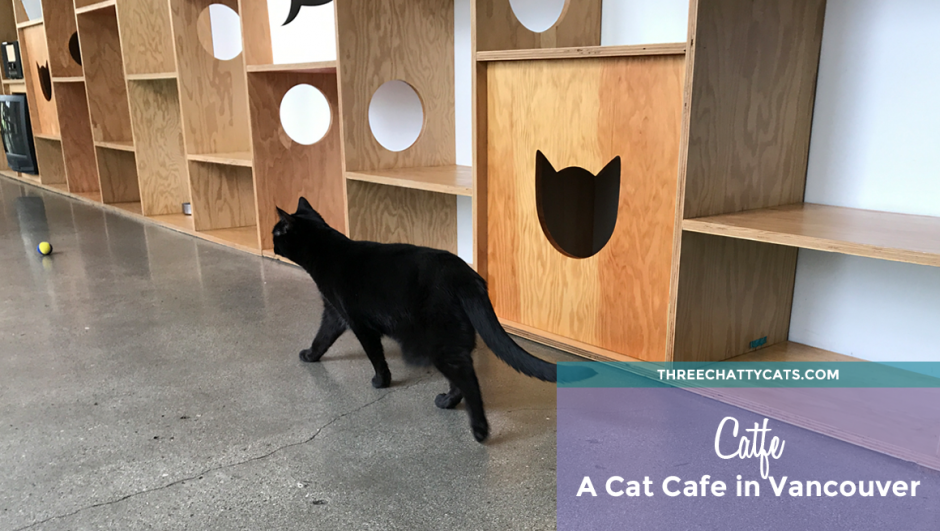 Tucked into the corner on the second story of a shopping mall between Gastown and Chinatown in Downtown Vancouver, there sits a cat cafe fittingly called Catfe.

Catfe opened its doors as Vancouver’s first cat cafe back on December 14, 2015. According to their website, “Catfe is part cafe, part foster home for cats, and a community gathering space for cat lovers of Vancouver in need of some quality kitty time.”

Since opening about a year and a half ago, Catfe has already adopted out nearly 400 cats! All cats at the cafe are from the BC SPCA.

As Olive and Sophie so kindly let readers know, Ross and I recently went to Vancouver for 11 years (or eight if you ask Olive). And while planning our trip, of course I had to check for any cat cafes. And we were in luck! After learning about Catfe, I quickly made a reservation for the Wednesday we would be in town.

But while in Vancouver, I received an email and voicemail that one of their cats wasn’t feeling well and they would be closed for cleaning during our reservation day. They wanted to adopt out all of the cats, close down and perform a deep cleaning before bringing in a new crew of cats. 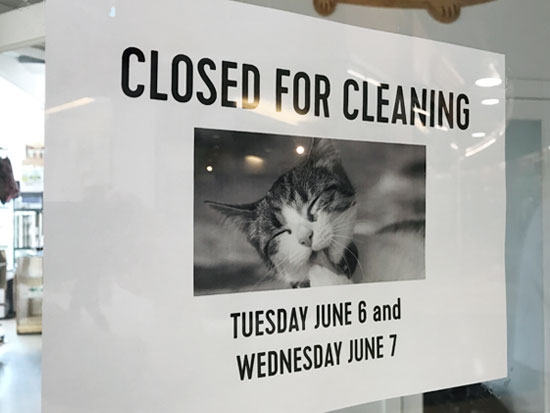 We happened to be in the mall when they were cleaning (after visiting a nearby attraction), and the Catfe staff was hard at work sanitizing the cafe. While I know they may not be thrilled to have photos shown of them cleaning, I was happy to see them doing such a thorough job. 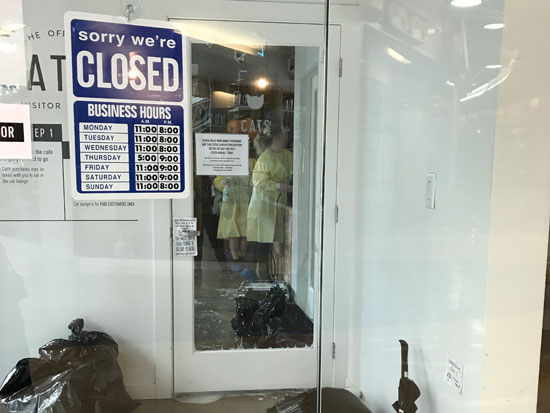 Another thing that Catfe did well was to communicate with us. As I mentioned, the staff both emailed and called about the closure, and I was easily able to make another reservation for Friday.

Then, they called and emailed again later in the week to tell us that it would be a “quiet” week with only three cats in the cafe and asked if we wanted to reschedule again. Usually there are eight to 12 cats in the cafe.

Obviously we couldn’t reschedule, so we went with expectations that it wouldn’t be a typical visit to the cat cafe. They also gave us a discount on the already inexpensive entrance price. But I definitely appreciated their efforts to keep us informed all along the way.

We had the first slot of the day on Friday, something I’d learned to do from visiting another cat cafe. The cats are “fresh” and not tired from other visitors yet. The three cats at the cafe that day were…

Toby is a one-year-old male with lots of energy! And guess what, Toby has already been adopted!

This sweetie is a three-year-old female who knows how important it is to keep clean. Obviously that paid off, as Jojo has also already been adopted as well!

I don’t recall Phoebe’s age, but she was a little shy and would retreat to a safe room periodically. But if called, she would come back out and roll over for pets. While not adopted yet, Phoebe does have someone who just filled out an application. So, fingers crossed for her!

In this photo, you can see Toby looking out into the mall. There is a room up front where they can watch the goings-on, and of course mall visitors can see the kitties, too. 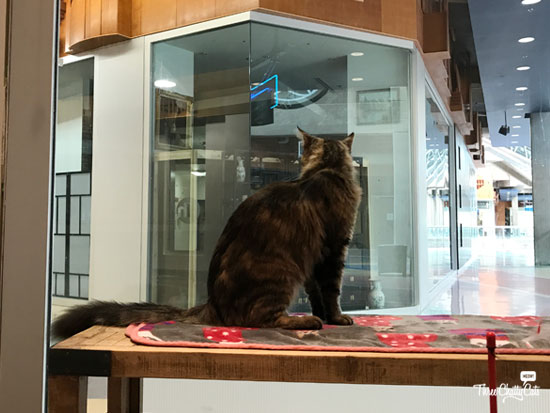 Inside the cafe, here is the view the cats have. Looks pretty nice to me. 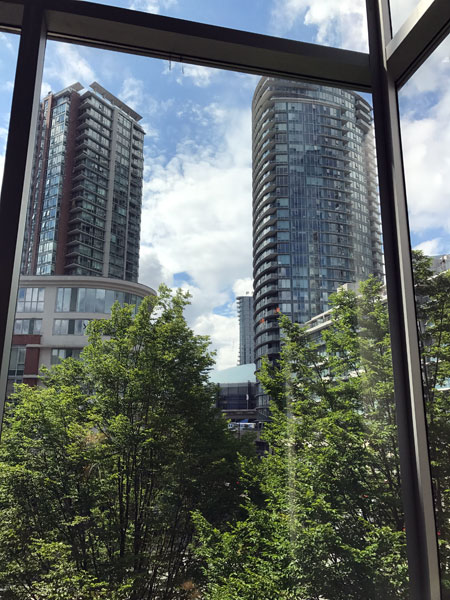 While not a great photo, you can see the cat door where the cats are able to escape to privacy if too overwhelmed. Phoebe went in there a few times but always came back out. There’s another cat door to this same room on the adjoining wall. 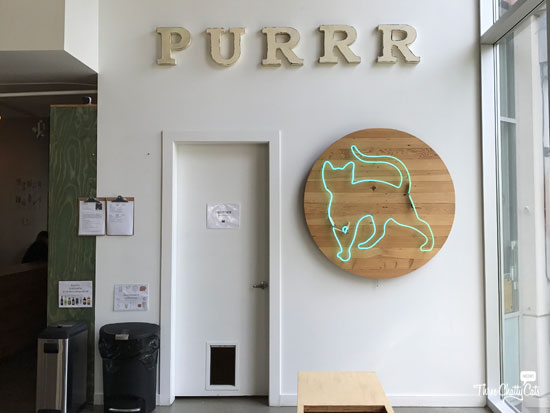 Lots of places for kitties to lounge and climb. 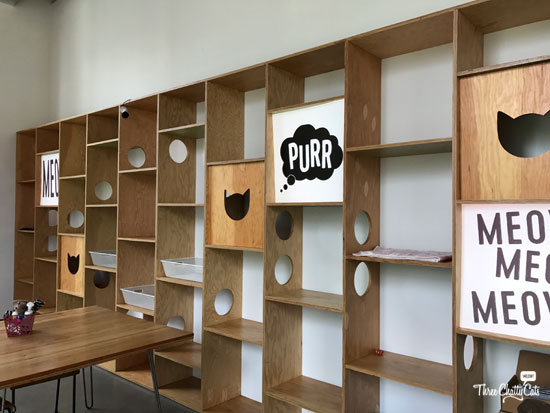 Here I am with Jojo. (Don’t tell the Three Chatty Cats!) 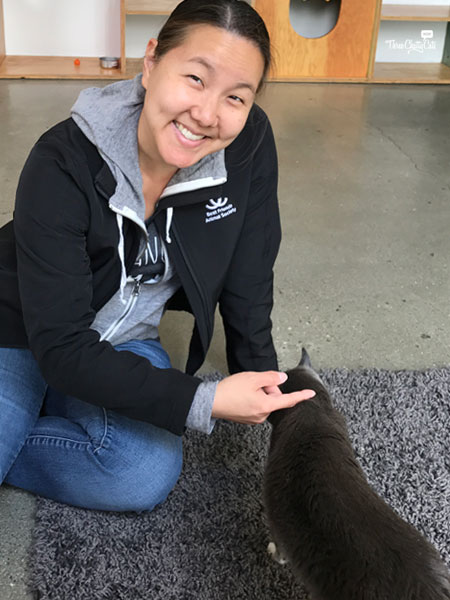 Some cute items from the gift shop. Many of the items were designed or made from local artists.

Although there were only three cats at the cafe during our visit, we still had a nice time. We didn’t eat at the cafe, but I did buy a cat-shaped cookie to take with me, which was yummy.

We met two other tourists who were at Catfe getting their kitty fix (they were all the way from Australia). There was also a group of three ladies who I think were regulars. They were simply enjoying their drinks and snacks at a table and were admiring Jojo as she groomed in a cubby hole. One of them commented how she likes that she only sees cats there, not kittens, since kittens are adopted quickly from shelters and it’s the adults who often get overlooked and need to be in the cafe.

If you ever find yourself in Vancouver, I highly recommend checking out Catfe!

Have you been to a cat cafe? What did you think of it? 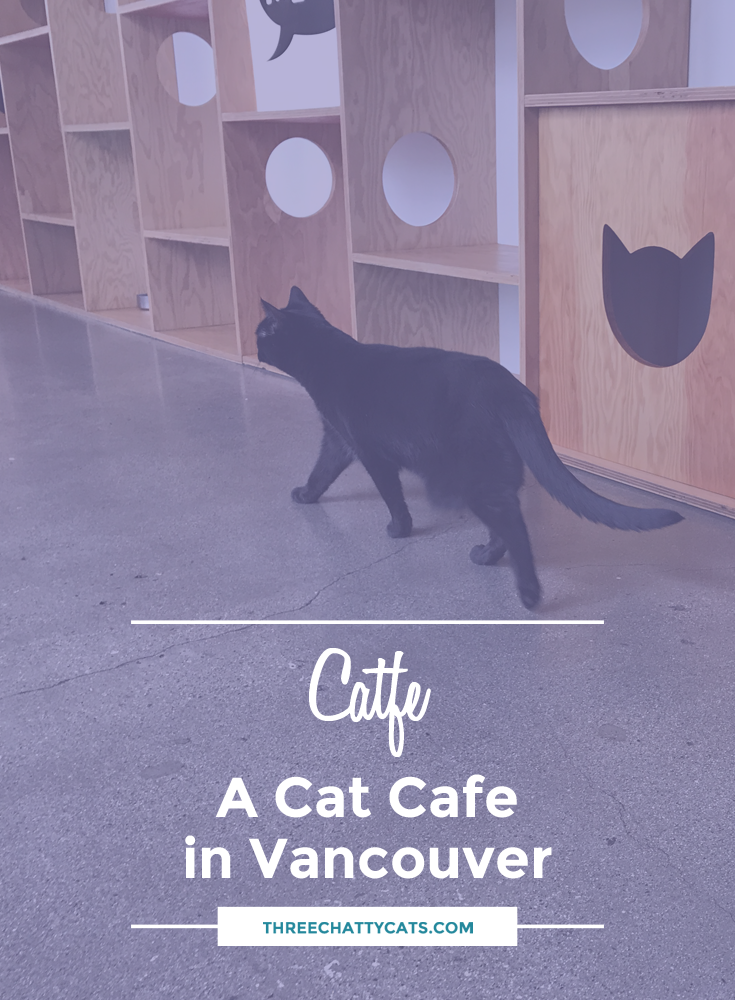 32 thoughts on “Catfe – a Cat Cafe in Vancouver”