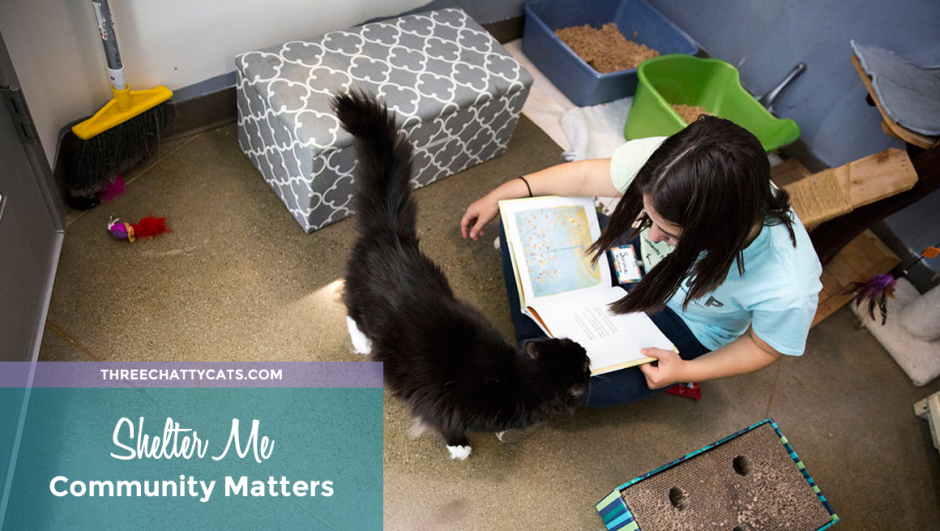 Last May, I shared with you Episode 6 from the “Shelter Me” series. And recently, I was given the opportunity to watch the latest episode of the national PBS show “Shelter Me: Community Matters”.

Created by filmmaker Steven Latham, hosted by animal welfare icon Dr. Jane Goodall, and presented by the Petco Foundation, the latest installment of “Shelter Me” focuses on when communities come together to help animals in need.

While cats are only a small part of this particular “Shelter Me” episode, I believe it is well worth the watch for any animal lover. So today, I would like to share with you “Shelter Me: Community Matters”.

The episode starts with a group of teen volunteers who read to shelter pets through STAMP (Sacramento Teen and Animal Membership Program) at an open admissions shelter. 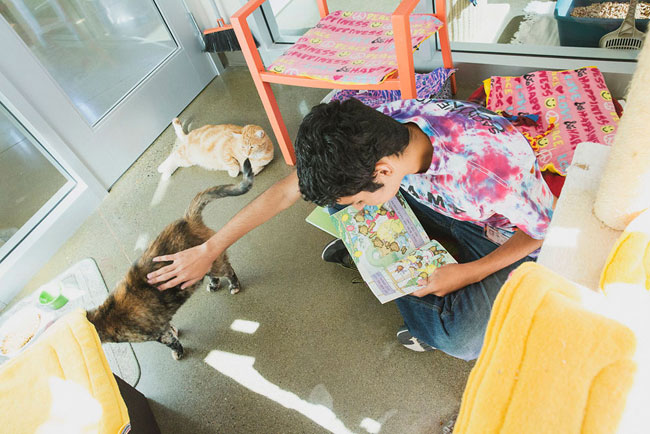 The program started with teens reading to dogs, but soon they opened it to cats as well. I asked why they chose to incorporate cats into STAMP. Laura Delight, STAMP Teen Program coordinator, said:

“Honestly, we chose to incorporate cats because one of our STAMP-ers asked us if they could read to a cat that caught their eye earlier in the meeting while they were in the shelter doing chores. Up until then, we had focused primarily on dogs, but since that day, we have always had at least a small group choose to read to kitties.”

Laura went on to say, “It’s great because while the volunteers do a good job of getting most adoptable dogs out each day, it’s really hard to socialize the volume of cats we usually have, and this helps calm the cats tremendously.” 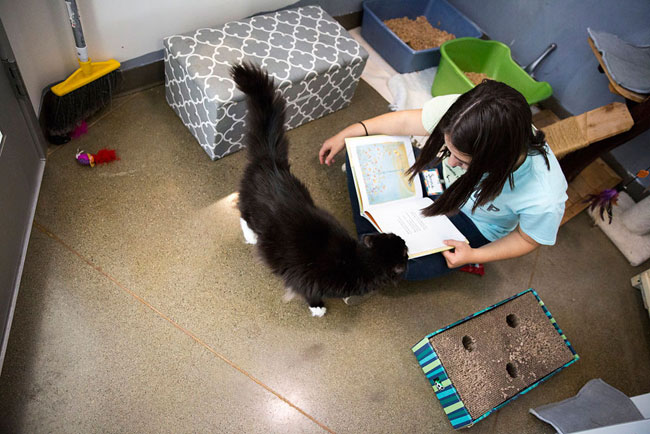 The next part of the “Shelter Me: Community Matters” episode follows a high school cross country team in Santa Maria, California that uses their practice time to take shelter dogs for out for a run. Not only does it benefit the dogs and get them out of their kennels, but it also brings visibility to the dogs, urging people to consider adopting from the shelter.

Finally, in the primary story of this episode, viewers learn how Working Dogs for Conversation (WD4C), a non-profit organization based in Montana, trains shelter dogs to help battle elephant and rhino poaching in Africa. Vicka, the former stray dog that we follow during the episode, learns to search for ivory and firearms, alerting her trainer and helping to put an end to poaching.

Episode 6, that I wrote about earlier is available now for free viewing along with other previous episodes of the series at ShelterMe.tv. So, if you missed it on TV, be sure to check it out online. “Shelter Me: Hearts & Paws” featured Cat Town Café in Oakland and also followed comic strip creator Patrick McDonnell as he spent several days at a shelter.

“Shelter Me: Community Matters” is presented by the Petco Foundation. Pictured here is MUTTS comic creator Patrick McDonnell at one of the Petco Foundation “Love Changes Everything” adoption events in NYC that was held this past weekend. Celebratory events kicked-off the Petco Foundation’s national campaign that runs from March 4th through April 2nd and aims to raise more than $3.1 million to support animal welfare organizations across the nation. Learn more at petcofoundation.org.

You can check your local listings at ShelterMe.tv to see when “Shelter Me: Community Matters” will be airing near you. Previous episodes are available to stream for free right now at ShelterMe.tv! 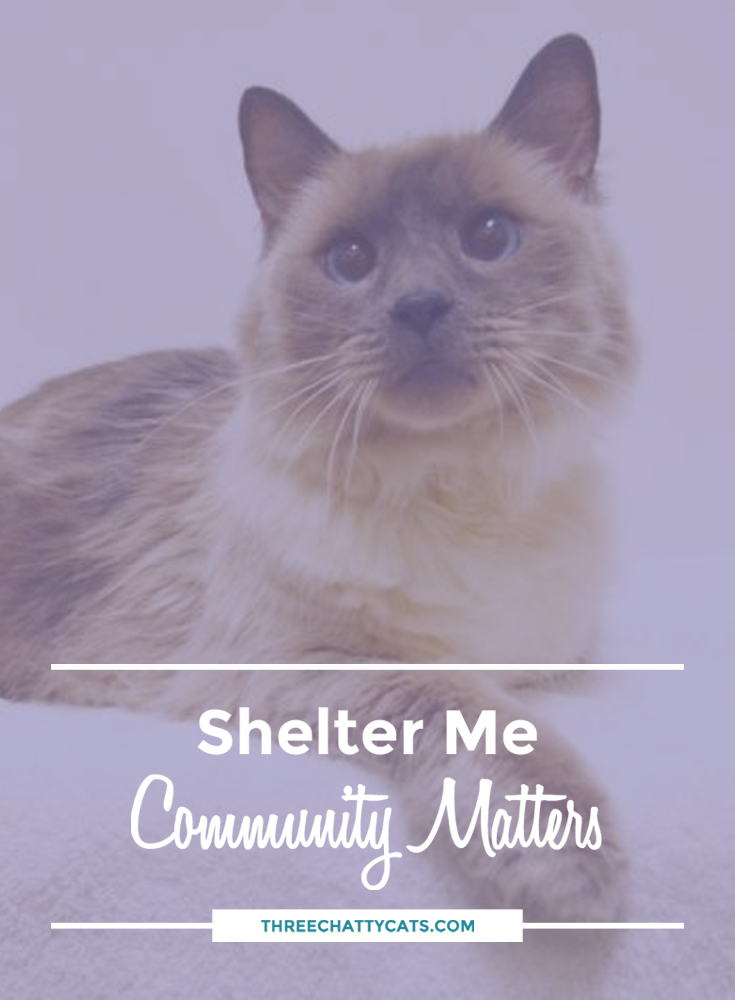