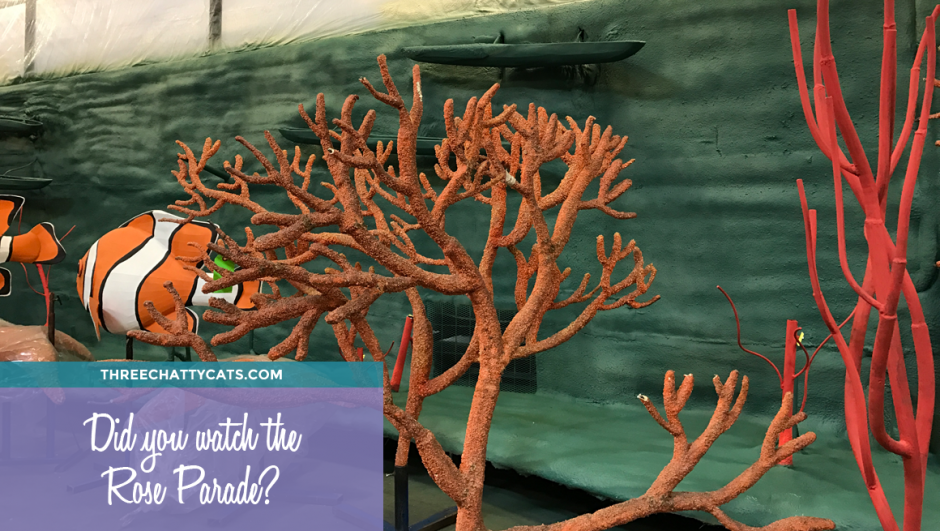 First off, Happy New Year! I hope 2017 brings you joy, happiness and love. Now, did you watch the Rose Parade yesterday? If you did, I hope you saw the Lucy Pet float. I was one of the volunteers who had the wonderful opportunity to help decorate the Lucy Pet float this year.

While at BlogPaws in June last year, my fellow attendee (Jaimi) and I met the Lucy Pet team. Somehow the float was brought up and we were added to the float decoration team. It was a fantastic experience and something I would definitely do again.

Jaimi and I drove up to Irwindale bright and early on December 27th. We parked at a designated volunteer lot and then were shuttled over to Fiesta Parade Floats, where the Lucy Pet float was housed (along with several others). As we entered the industrial warehouse area, we walked by past float props and decorations. 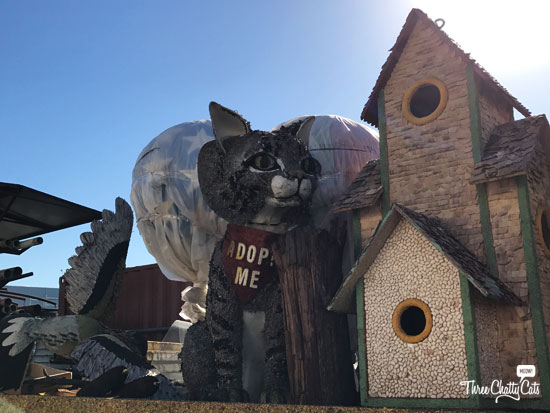 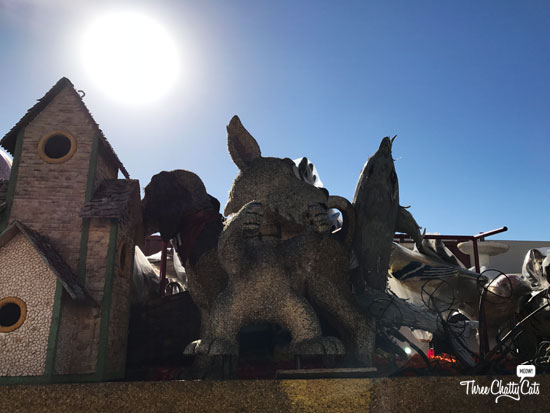 When we entered the gigantic warehouse, it was full of volunteers and Fiesta employees. We immediately saw Coppertone the Surfing Dog and had to snap a few pictures. Here she is getting ready to high-five her trainer. Coppertone surfed on the float during the parade along with several other dogs. Ricky the Rescue Cat also rode on the float, but I guess he didn’t feel like surfing. MOL! (And don’t worry, the water on the float was heated for the dogs.) 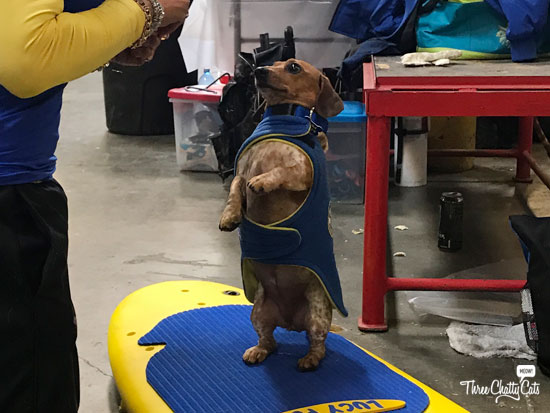 Since Jaimi and I decorated on the first volunteer day, the float itself was pretty bare. But it was very impressive to see it in person – and also see the before and after. 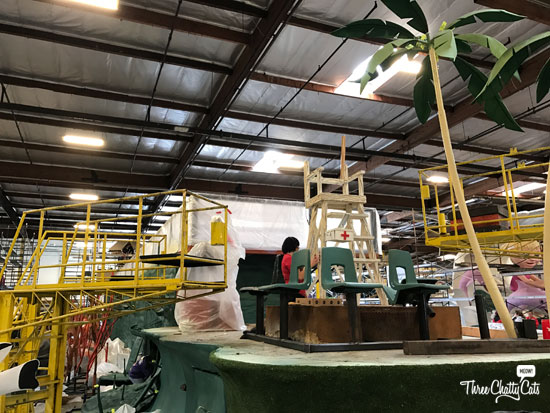 Jaimi and I were assigned to decorate fish that would adorn the side of the float. We worked on one blue tang fish and two clownfish. So naturally, we said that we decorated Dory, Nemo and his dad Marlin. We painted on glue and then applied black onion seed. And I’ll tell you — it’s harder than it sounds! Just these three fish took us through our entire volunteer shift. The amount of hours that go into float decorating is amazing! 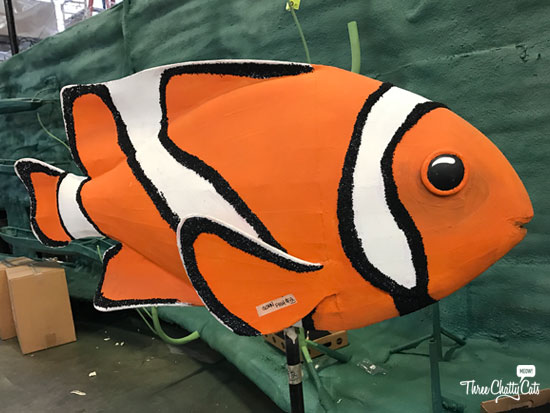 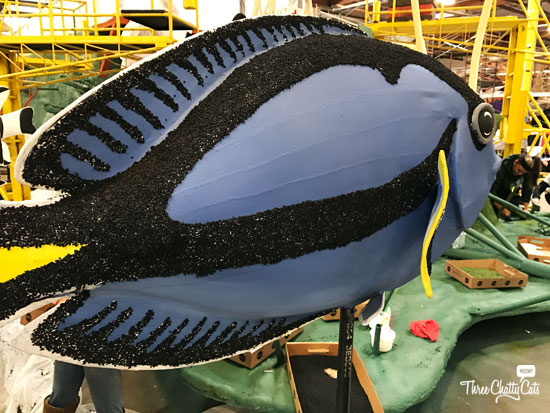 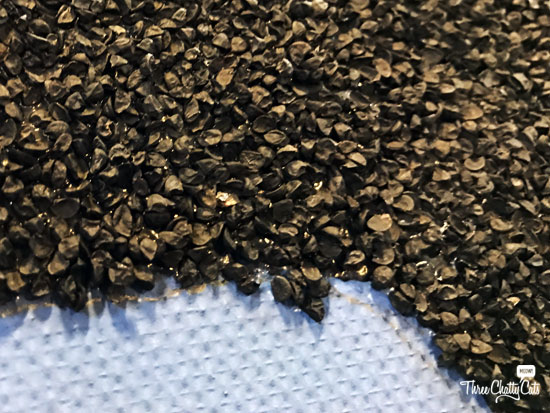 The Lucy Pet float set two Guinness World Records – longest float and heaviest float in Rose Parade history. The float measured in at 126 feet long and weighed 148,200 pounds! The wave tank was 90 feet long and held 8,000 gallons of water for the surfing dogs.

Hopefully, these Instagram images from Lucy Pet Foundation come through. If not, you can visit their Instagram profile to see shots of the float.

A post shared by The Lucy Pet Foundation (@lucypetfdn)

A post shared by The Lucy Pet Foundation (@lucypetfdn)

Lucy Pet Products, Inc. is a family owned and operated company based in Thousand Oaks, California. Our President and founder, Joey Herrick also founded The Lucy Pet Foundation, whose mission is to reduce pet overpopulation and the euthanasia of over 80,000 cats and dogs per week in the United States. (Source: lucypetproducts.com)

About the Lucy Pet Foundation

The goal of the Lucy Pet Foundation is to have spay/neuter and adoption mobile clinics in every major city in the country. If you do the analysis in just one major city, the numbers are staggering. With one mobile clinic, we can spay and neuter over 120 dogs and cats per week. Doing this 48 weeks of the year means 6,000 animals will be spayed and neutered. This will prevent those animals from adding a minimum of 15,000 new potentially homeless animals to pet overpopulation. By year three it is estimated that we can prevent over 500,000 animals from suffering in that same community with just one mobile clinic. (Source: lucypetfoundation.org)

24 thoughts on “Did you watch the Rose Parade?”