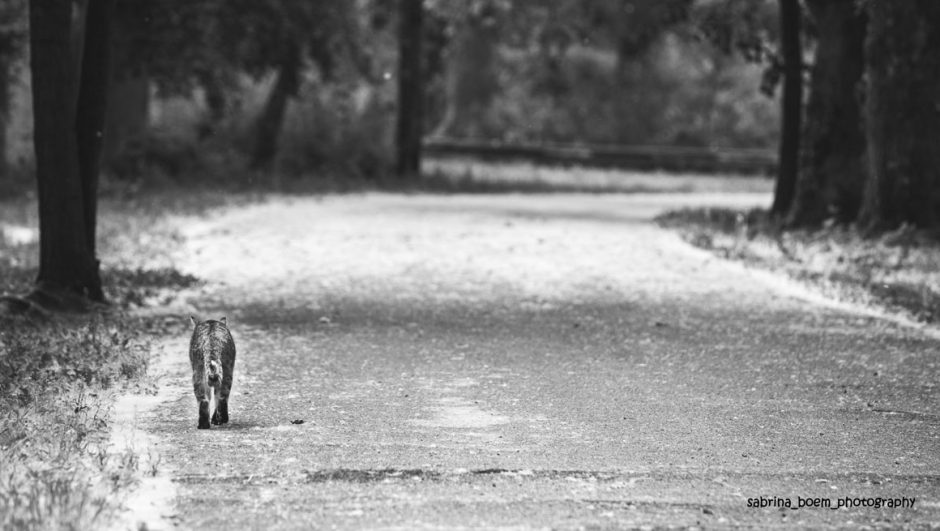 You may remember that I briefly introduced you to amateur photographer Sabrina Boem in an earlier post. Well, today is the first in a series of three posts featuring her stunning black and white photography – with today’s subject being Stray Cats. Later we will see People with Cats and lastly Sabrina’s Shelter Photography in the final post.

Residing in Italy in San Dona’ di Piave (Venice), Sabrina is a small business owner whose passion for photography has led to one of her photos being selected for National Geographic’s ‘Daily Dozen’ as an Editor’s Favorite! Stay tuned to find out which photo – it will be in the People with Cats post.

At the end of this post, there is a special video compilation of Sabrina’s stray and shelter cat photography. Volume up when you watch it! How did you become interested in photography?
I’ve taken photos since I was young, when digital photography didn’t exist yet. I bought my first semi-professional SLR camera when I graduated from university as a gift for myself. I started taking photos when I went somewhere on holiday and later on I became interested in street photography. I liked to take portraits of people and that’s how I discovered black and white photography and I started to like it better than color. I’ve always found B&W images more powerful and more suitable for some kinds of images. What inspired you to start taking pictures of cats?
My passion for cat photography began when I brought Sissi home. She was my very first cat, and I started taking pictures of her in any possible situation: at home, or when she was out in our yard, I would even follow her into our neighbours’ yards because I loved to see what she did and I liked her wild spirit. For me, cats have always been wild animals first and foremost. I loved to see how Sissi hunted lizards or climbed trees. And when she ran to the park in front of our home, she looked like a gazelle in the Savanna. That’s why I find stray cats so fascinating, especially those who live in a big park near the local shelter where I usually go.

Social media is full of images of sweet kitties doing nice things. But in the real world, a cat’s life is much different. That’s what I wanted to shoot. The romantic vision of cats was always second place for me. Moreover, after two years of intense shooting of Sissi and then my second cat Ricky, whom I adopted a year later, I felt I needed new subjects. What is the hardest part about taking photos?
Taking photos of stray and shelter cats can be difficult sometimes both technically and emotionally. As a photographer it’s hard to shoot in dark places, such as abandoned buildings or even in some shelters with artificial light. Having said that, I must say that some of the best shots I’ve taken so far have been in difficult locations and challenging situations. 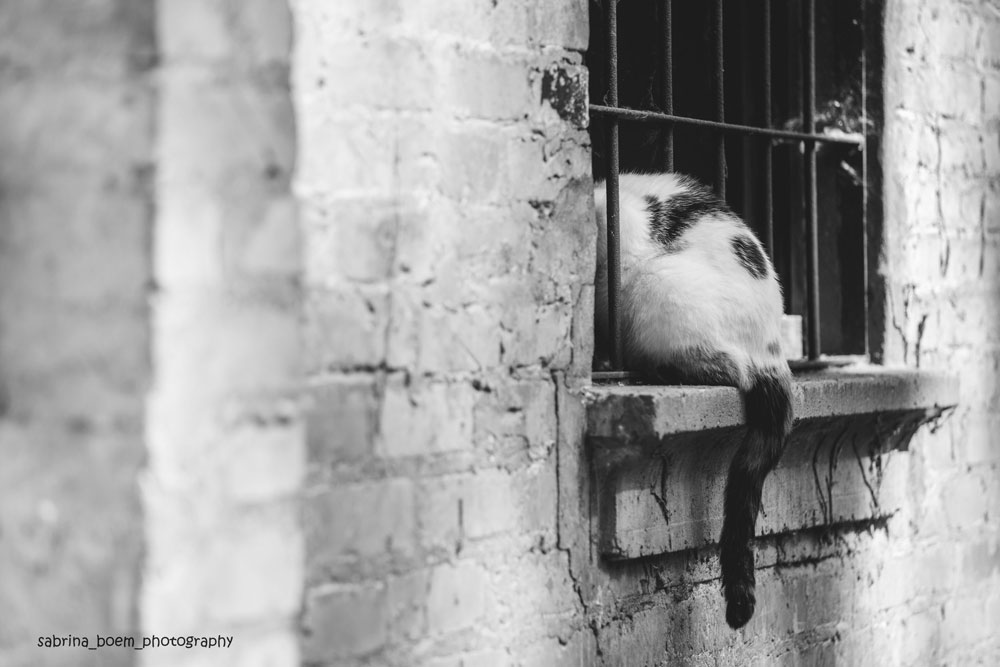 That’s the power of documentary photography – that is to look deep into reality, not to just stand on the doorstep but follow cats into abandoned buildings or in the tall grass where nobody usually goes. I like this genre, I think I’m cut out for it and it makes me feel good because I can show people how stray cats really live. And here comes the difficult emotional part. It’s hard to go back home after a photo shoot and find my two loved and spoiled cats waiting for me in their safe and warm home. Stray cats, especially cats who have lived in the streets for a long time, months or even years, have such an intense look in their eyes. Those eyes stick with me for long periods of time; it’s hard to let them go. It’s easier with shelter cats because even if they don’t have their forever home, at least they have good-hearted people taking care of them daily. I must say that sometimes I use my camera as a shield, not to get too involved, to try and keep some distance from those cats. Because if I get too emotionally involved, not only would I not be able to shoot, but it would also hurt too much. Sometimes I think of myself as a doctor: you cannot get too involved or you wouldn’t be able to perform your job. But at the same time since I’m dealing with human beings, I let my compassionate heart guide my eyes when I’m composing a shot. Sometimes George would just sit outside of the shelter and watch people go by. He had noticed Berto. George felt that he could trust him. So, little by little George and Berto became friends. George always waited for Berto to arrive to the restaurant and he let Berto pet him.

Berto wanted to make it official so he adopted George. He couldn’t take George home with him, as George had been living outdoors as a free cat for so many years that he would have never adjusted to living in a house. So, George kept living near the shelter with the other cats, but Berto took care of all the expenses for his food and medical care.

I met them one day when I was at the shelter for a photo shoot, and Berto saw me. I didn’t know him, but he came to me and as he took George in his arms he said, “Would you mind taking a picture of us?”

I did and we started talking. Berto told me their story. I printed the few shots I had taken and gave them to Berto a few days later. He was happy and almost moved to tears when he saw them. I’m glad I did that, so Berto can still look at those photos and remember his furry buddy as years go by.

George had been living near the shelter for years and last year he passed away. He’s still being missed by all of the volunteers at the shelter and by his human soulmate, Berto.

Thank you to Sabrina for sharing her stray cat photography with us. As I have said before, Sabrina truly captures the beauty and spirit of every cat she photographs. Sabrina shares photos of her own two cats, Sissi and Ricky, on Facebook. You can connect with Sabrina on Instagram and 500px.